Church Life
Youth Camp is finished for the year. A wonderful time of fellowship and learning was had by all, and we had a great attendance this year. Rev. John Forbes' talks are available on a playlist here
Tags:
Camp PCEA Youth
Tweet
2428 Hits
0 Comments
David Kerridge 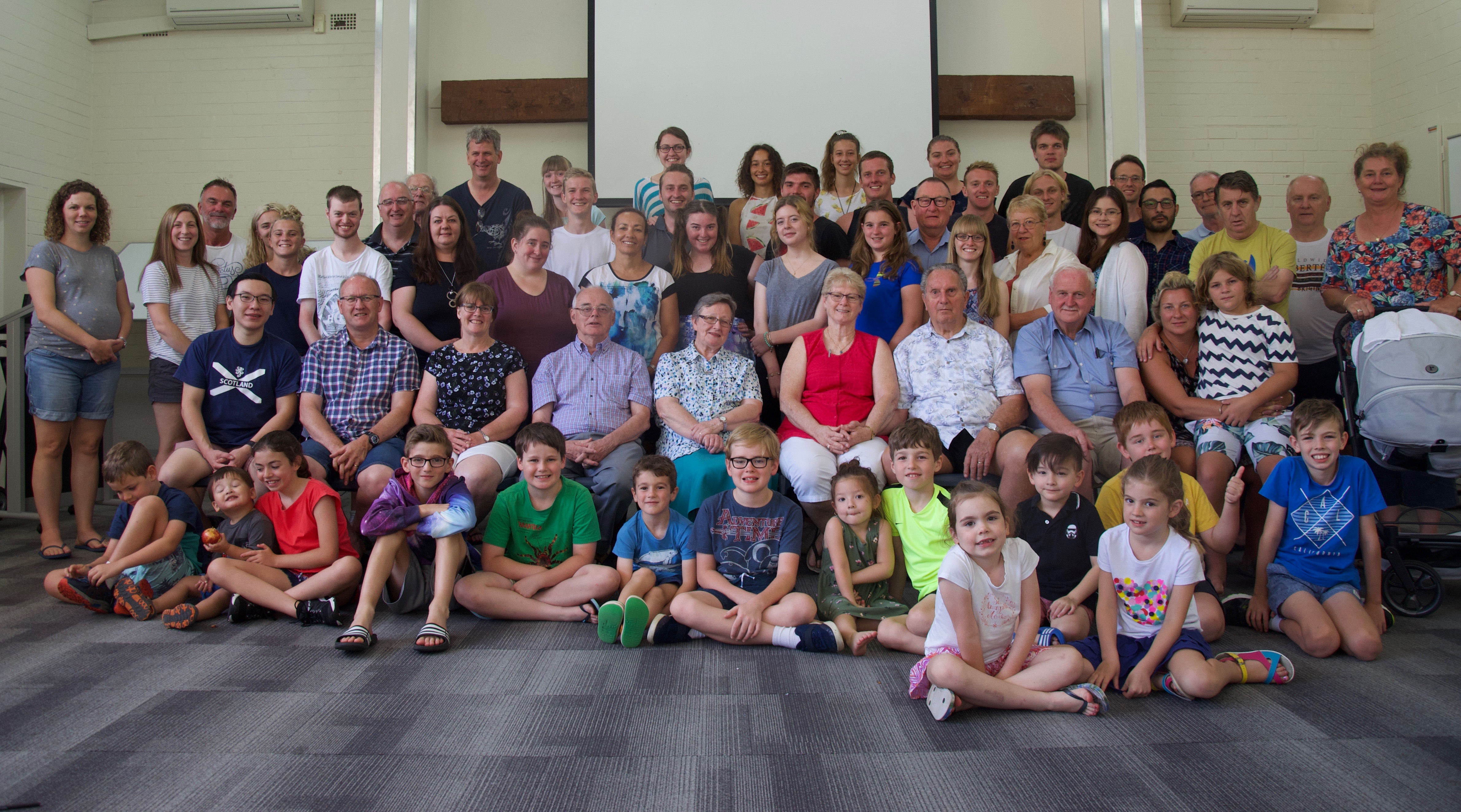 The 2019 PCEA Family Camp is now over. A wonderful time was had by all at the Elanora Heights campsite. The talks were challenging, the dicussions engaging and the fellowship warm and encouraging. A full report of the Camp is in the latest Banner. You can hear the talks given by Rev. Andres Miranda by following this link to the Hunter Barrington PCEA Youtube Channel at https://bit.ly/2CXyVbt. We look forward to seeing more and more attending these events in the future. The next Family Camp will be in two years time, God willing. We hope you will be there.

On Saturday, 24thNovember, 2018, at 11am, at Wauchope Church the Northern Presbytery met and convened to induct Rev. John Forbes, from the Lairg-Bonar Bridge congregation of the Free Church of Scotland, to the Hastings River charge.

It was a wonderful day to be gathering and, as we later heard in emailed greetings from Scotland, a complete contrast in weather with John’s homeland: the sun shone down and a balmy breeze blew in Wauchope. The church building was near full, as people came from Brisbane and Northern Rivers, and also from Taree and the Hunter. Other local churches were represented, as were a number of friends and acquaintances that the Forbes had met on their brief visit last year. The tireless Immigration agent who was helped by Glen Hamilton in getting the Forbes to Australia was also in attendance.

Rev. Jim Klazinga the Moderator presided at the meeting, and led worship. He preached on Romans 11 and then proceeded to the induction itself. Following that, Rev. David Kerridge addressed Rev. Forbes on the latter taking on the charge, and Rev. Trevor Leggott, who had been Interim Moderator for two-and-a-half years in the vacancy, addressed the congregation.

After the meeting was concluded, a Reception for John Forbes and his family took place in the Hall with Mr Glen Hamilton conducting proceedings. Greetings were heard from a number of people and places, including the Session of John’s previous congregation in Scotland. A presentation of fishing rods and tackle was given to each of the Forbes children, Katherine, James, Donald, Elsa and Kenneth. Sonja Hamilton gave Mary Forbes (John’s wife) an ‘Australian Survival Kit’. Rev. Robin Tso gave a welcome speech, Rev. George Ball gave thanks for the meal and everyone had fellowship over a luncheon. All commented that the day was a joyful and God-honouring time. We rejoice now at the commencement of John’s ministry on the Hastings and pray that God would bless him and his family. A YouTube link to a video of the meeting in the church can be found at http://yt.vu/tLAqpF5-gl8 (Pt 2 - the function afterwards at the Hall is available by going to the Hunter Barrington Presbyterian Church playlist at https://www.youtube.com/channel/UC2k78knAJB2sTcQPXO_Jm9w) 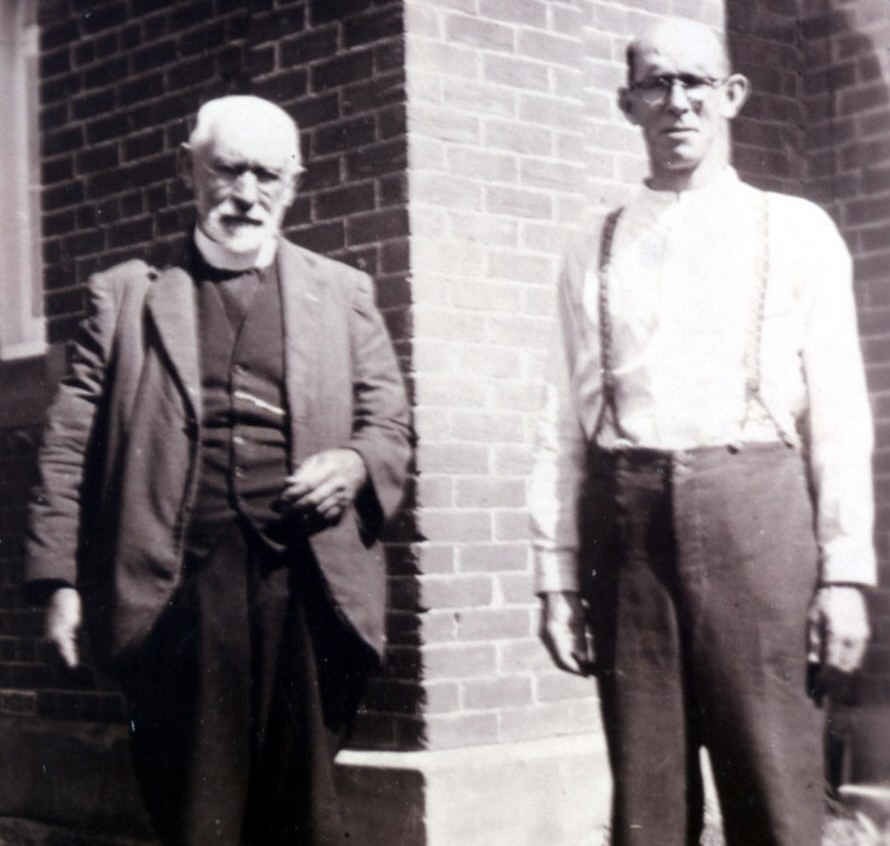 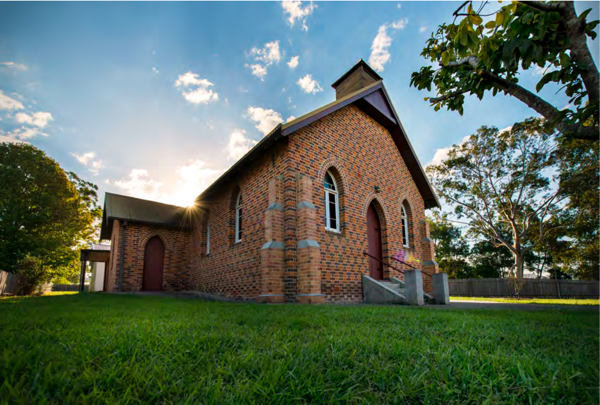 THE HASTINGS RIVER CONGREGATION OF THE PCEA INVITES YOU TO ATTEND

THE CENTENARY OF THE DAVIS MEMORIAL CHURCH 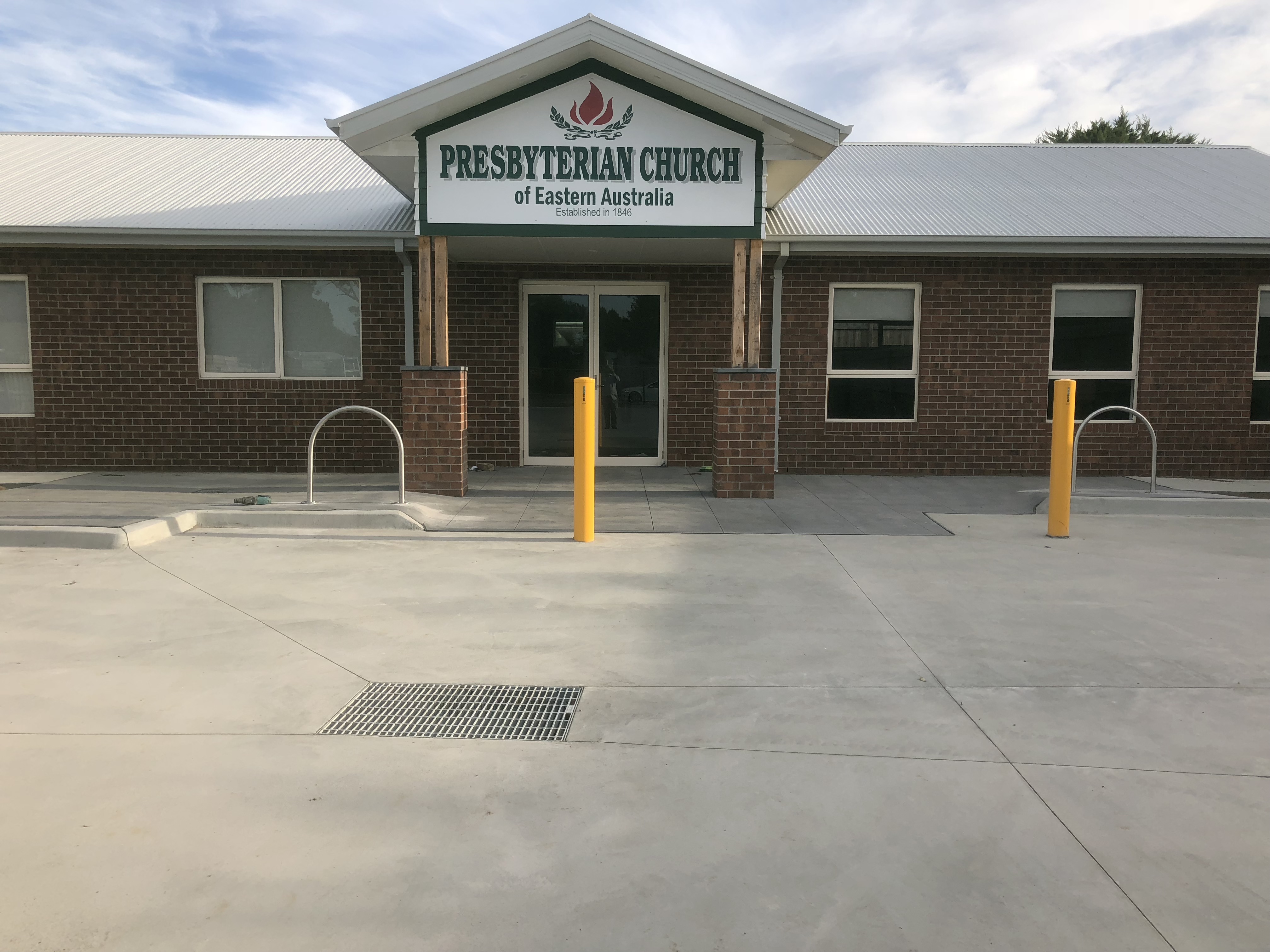 [From All Nations Congregation newsletter] This is a special week in the life this congregation. On Saturday, 21st at 2.30 pm you are warmly invited to attend the opening of the new church building at 8 William Rd. A short service of thanksgiving will be followed by afternoon tea.

We give thanks to God for the provision of a place of worship and after meeting since 2009 in the Community Centre, the congregation (which is the real church) will begin the use of the building for their regular worship services the next day. Pray for this congregation, for the building up of Christ’s church in this area, and for it to be a beacon of light in the community.

PCEA Church and Nation Committee Statement on the Plebiscite 2017

If you are on the Australian electoral role you should receive in the mail a marriage ballot paper asking the question: should the law be changed to allow same-sex couples to marry? Advocates for the ‘Yes’ campaign want to limit the debate strictly to the question. They don’t want to talk about the impact that change will bring. But the reality is that redefining marriage will have far reaching social, moral, religious and legal consequences that will be damaging to our society. Change threatens freedom of conscience, freedom of speech, freedom of religion and will change what children will be taught in school. We are not scaremongering. One of the advocates for the ‘Yes’ campaign has said, ‘It might be stating the obvious but same sex marriage is far from the final frontier in the battle against homophobia.’ (Benjamin Law, Quarterly Essay: Moral Panic 101).

We therefore encourage you to vote ‘No’.

We ask you to pray that people might be aware of the consequences of change to the Marriage Act and vote ‘No’.

We want you to keep informed on this issue. For up to date information visit the website of the Australian Christian Lobby, or Family Voice Australia.

For a fuller statement on same sex marriage see the report presented by this committee and published in the Synod Reports May 2017 (Available to registered users. In PCEA congregations, see a Session member if you want to read a hard-copy).
We also need to understand that preserving a law will not save a nation. Hearts and lives need to be changed. The Gospel is the power of God that can alone change lives (Romans 1: 16). All need to be saved – the moral and the immoral – the religious and the irreligious – the heterosexual and the homosexual - for there is no one righteous – not even one. But God has shown us a way to be made right with him by placing our faith in Jesus Christ (Romans 3: 21-26).
Thus, we ask you to beg the Lord to have mercy upon our land and be gracious toward us.  Pray that He might revive the church, restore our vision, and refresh our souls, to the glory of His name on earth.

A trip down History Lane

Information is regurlarly being added to the online Archive of church magazines and periodicals. The materials are being supplied by our Synod Archivist, Rev. Dr Rowland Ward, and scanning work is being tirelessly done by Mr Robert Hingston. The Archive is a treasure trove of information about Australian history and the life and response of the church to society from 1846 onwards. The latest item to be uploaded is The Free Church Monthly from 1924-1928. Have a look and get engrosed in the history of the PCEA.

Family Camp 2017 was a great blessing to all who were able to attend. Rev. Graeme Hart from McKinnon Reformed Presbyterian Church spoke on the topics of Creation, Gender, Marriage and Covenant (The Rainbow) from Genesis chapters 1 and 2 and 9. This was a timely subject and a great help to us all as we begin to face pressures on these fundamental issues. Another highlight of the Camp was a wonderful and encouraging talk given by the returning India Mission Awareness team. It is uplifting to see such zeal and passion being ignited in the young people in the Church for the advancement of Christ's Kingdom. We pray that it will be sustained.

A full report of this wonderful time of fellowship in Christ will be available in next month's Banner, available for download from this site in February.

In the meantime, here is a gallery of photos of some of the people attending and activities that occured at Camp... 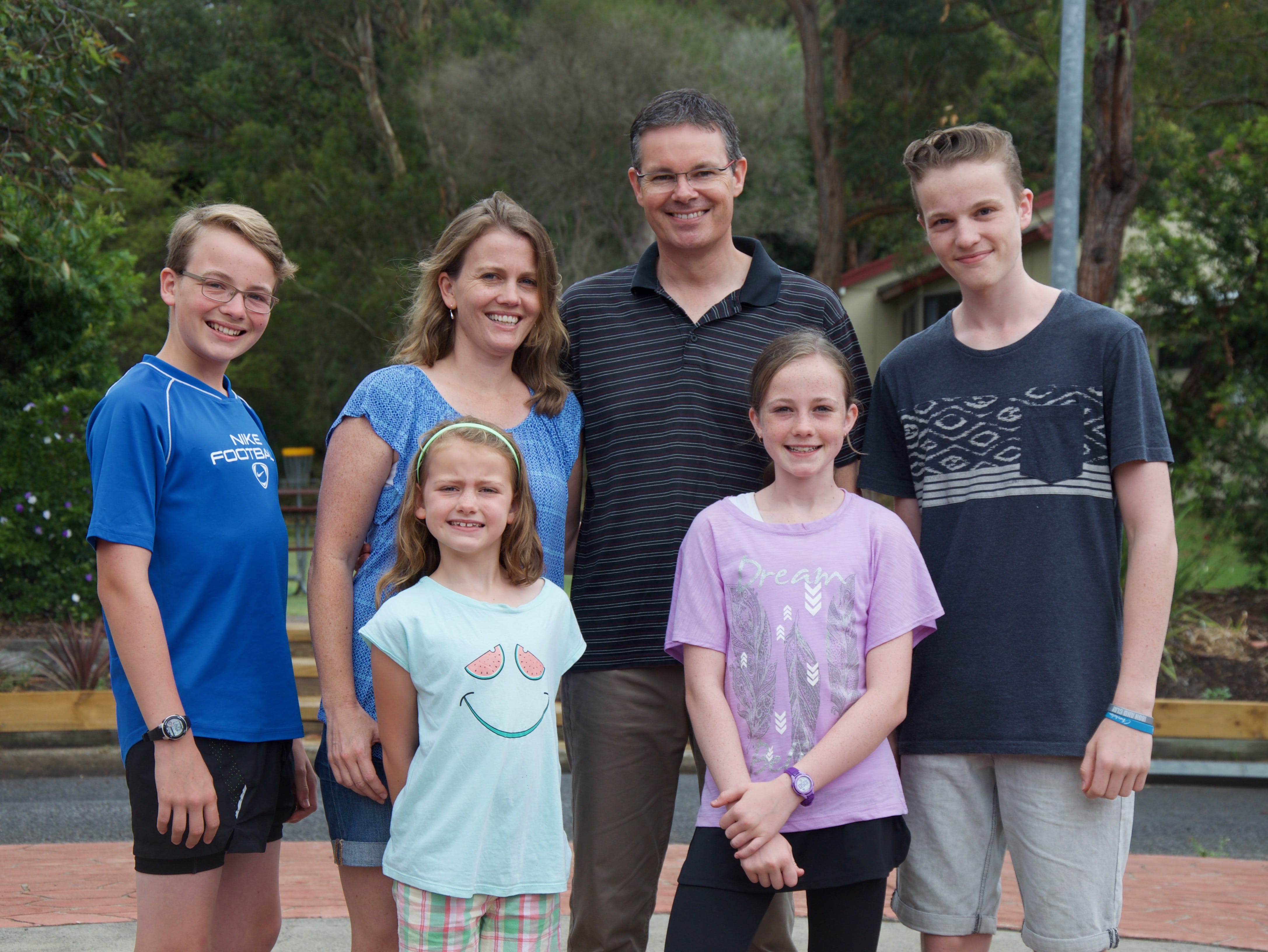 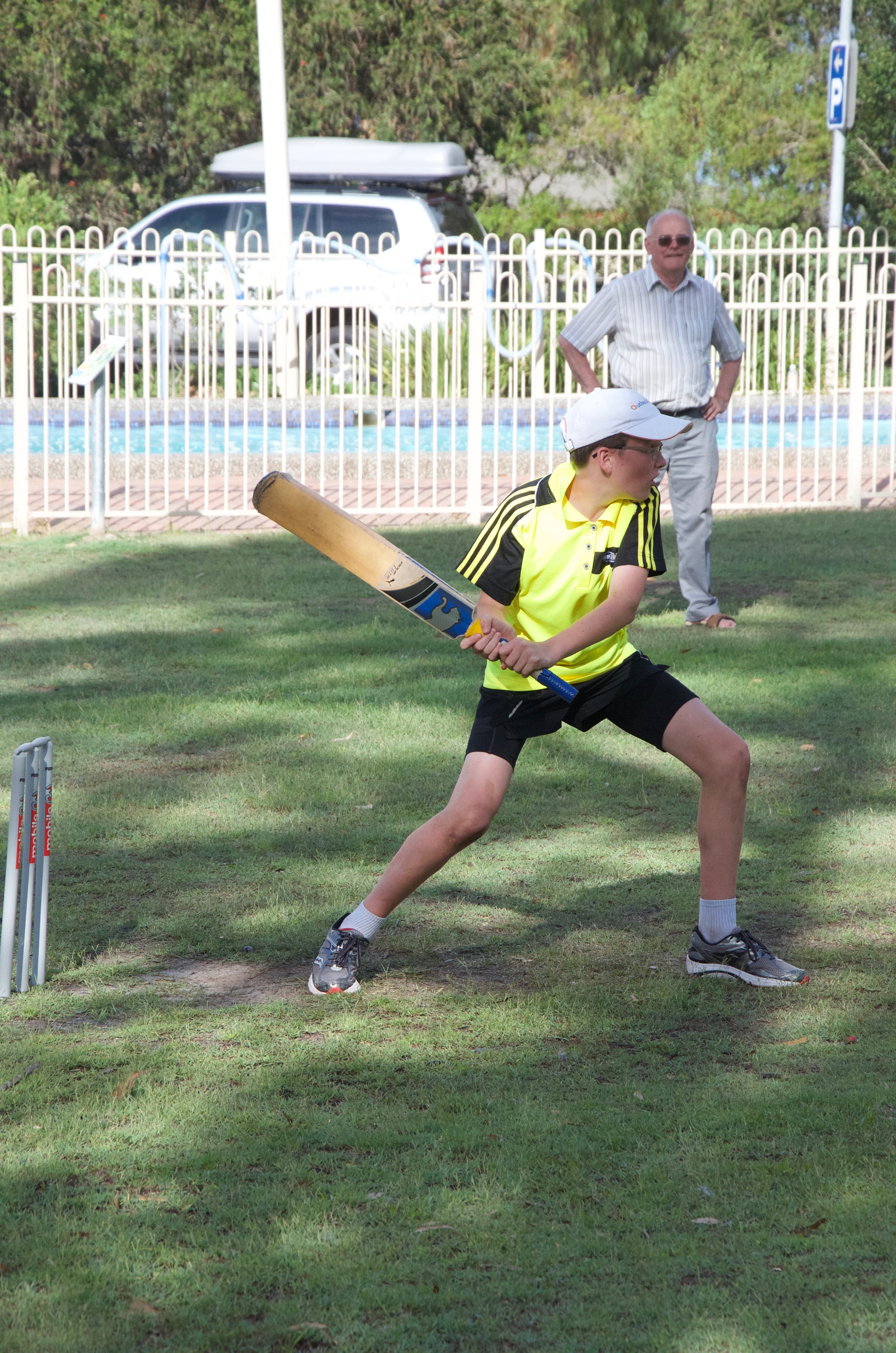 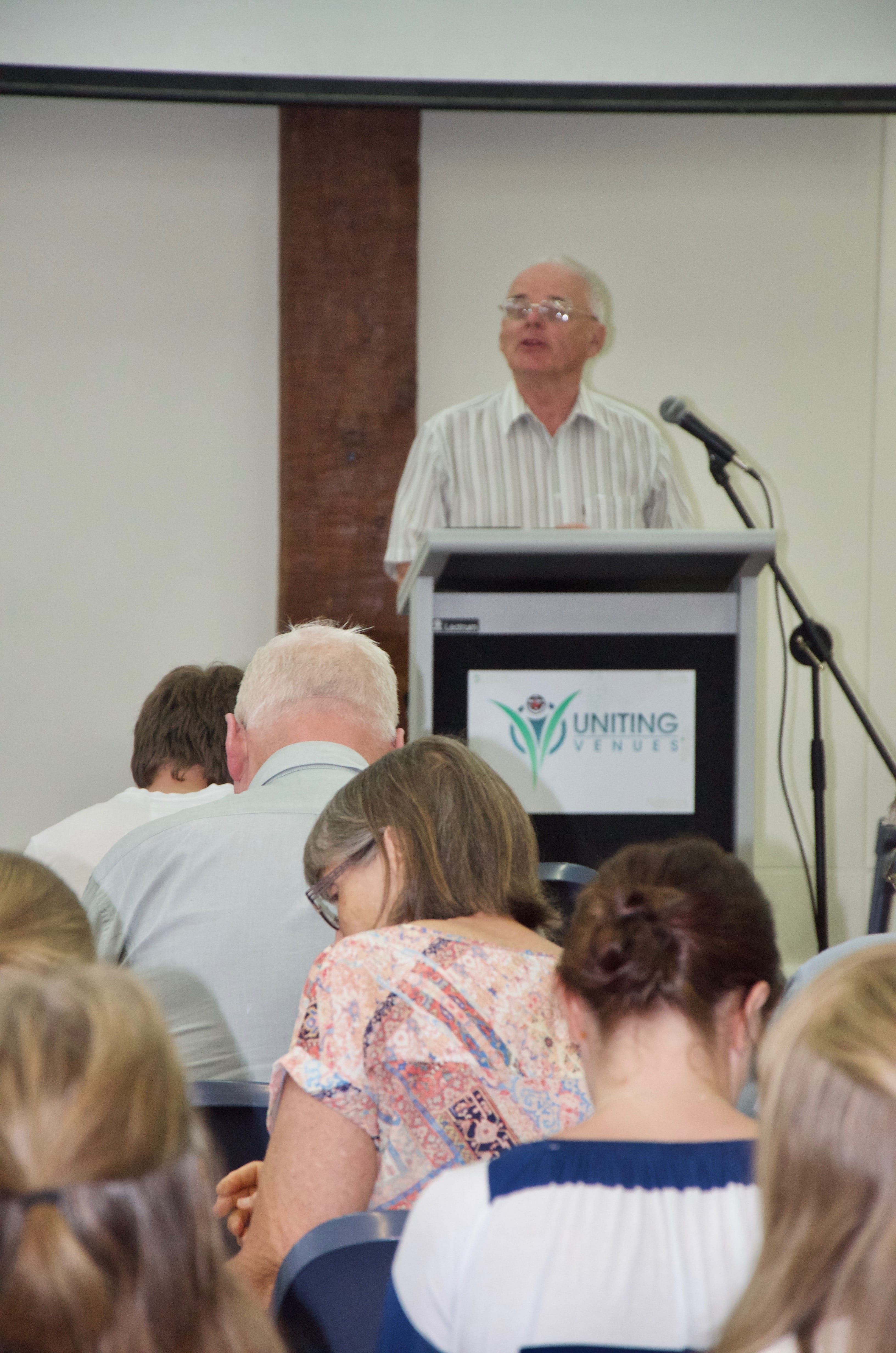 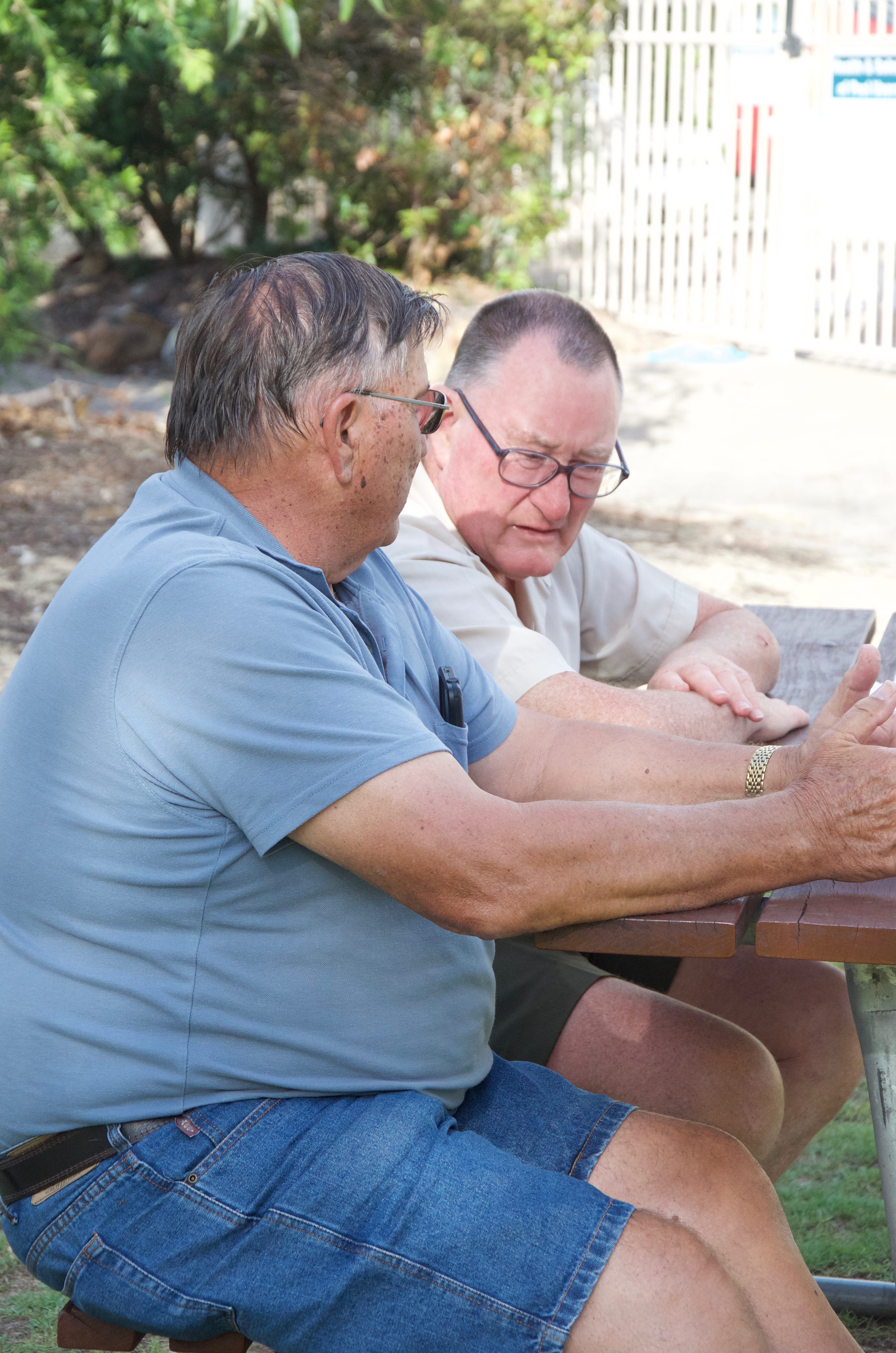 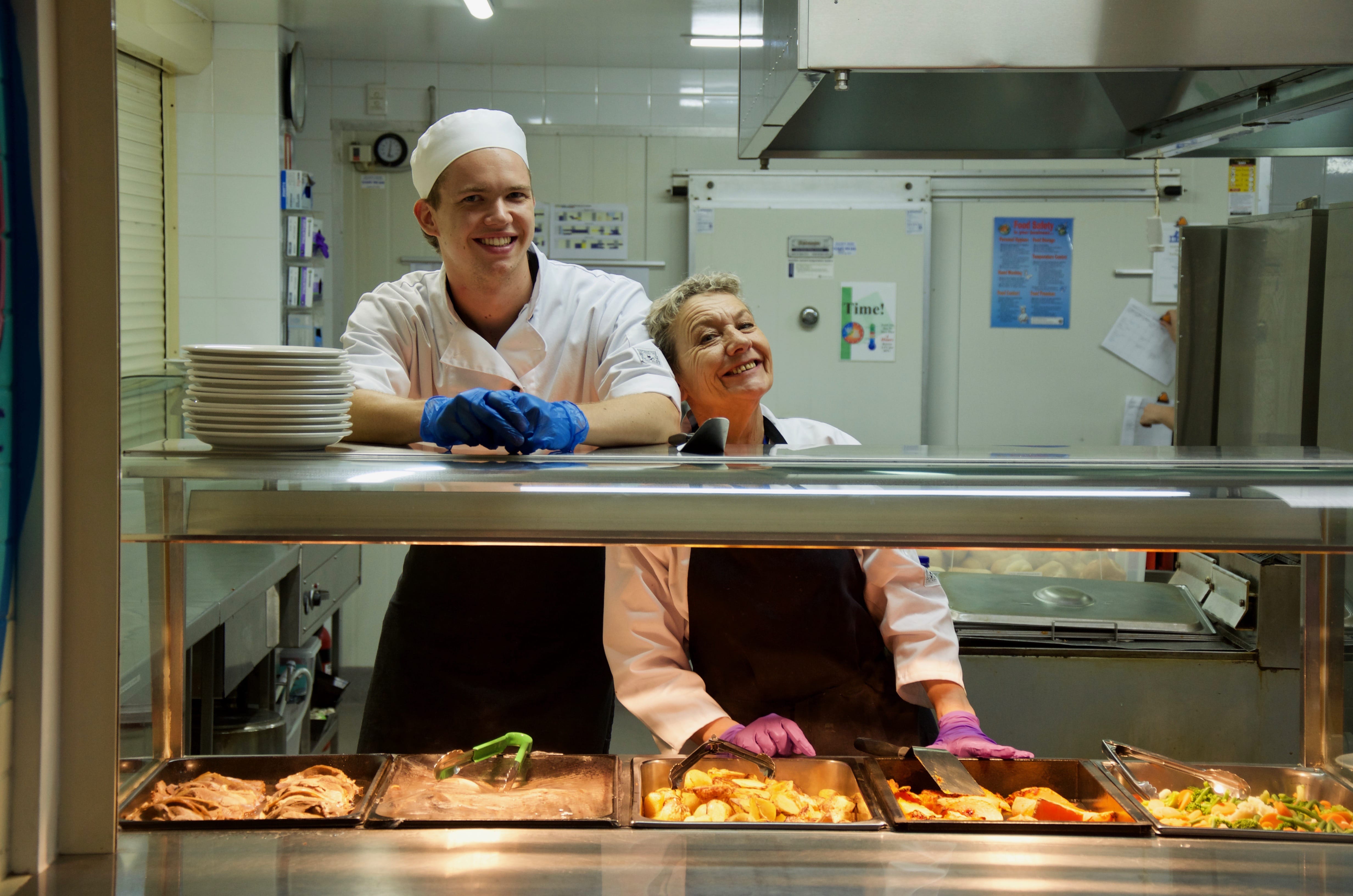 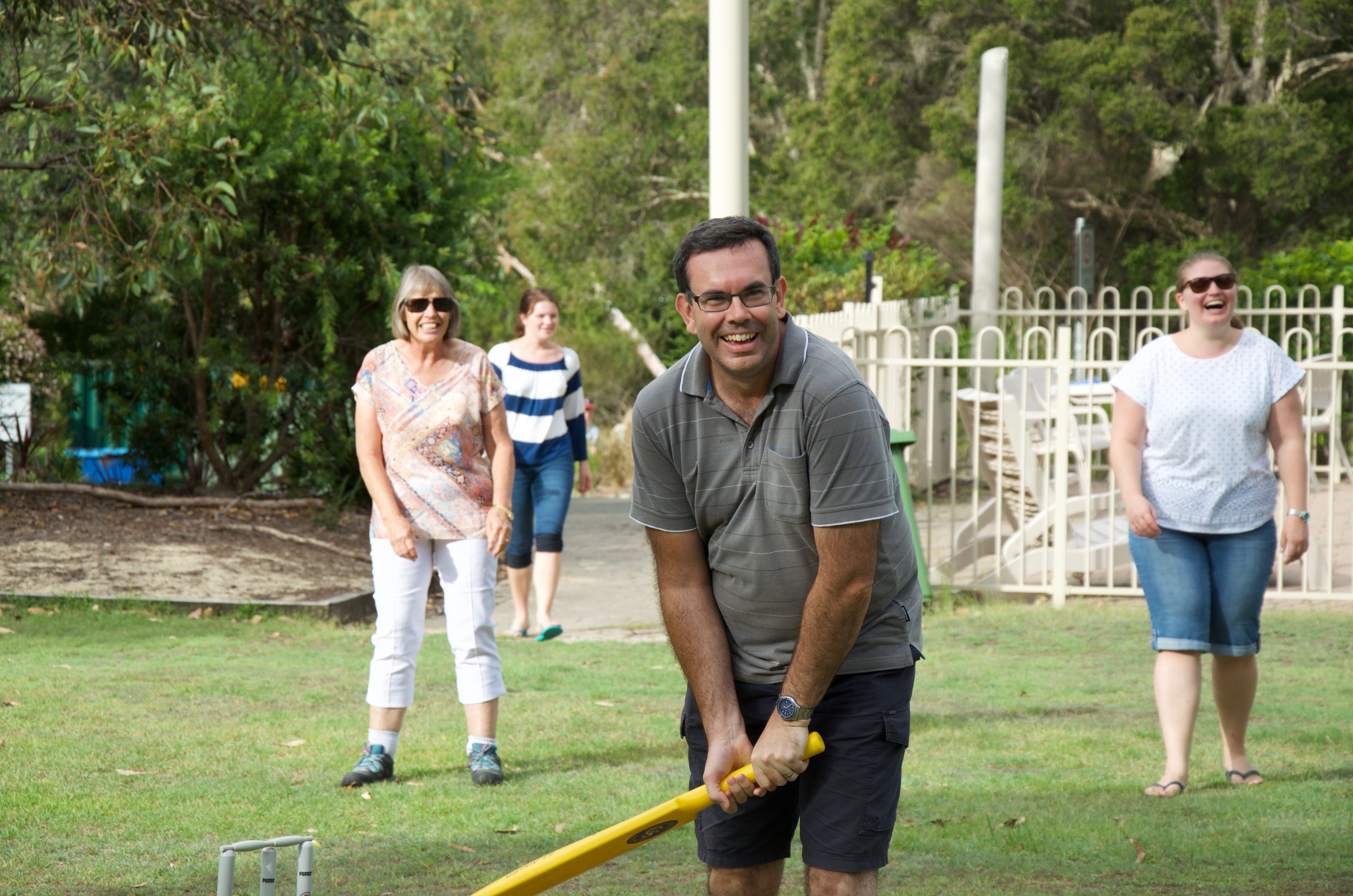 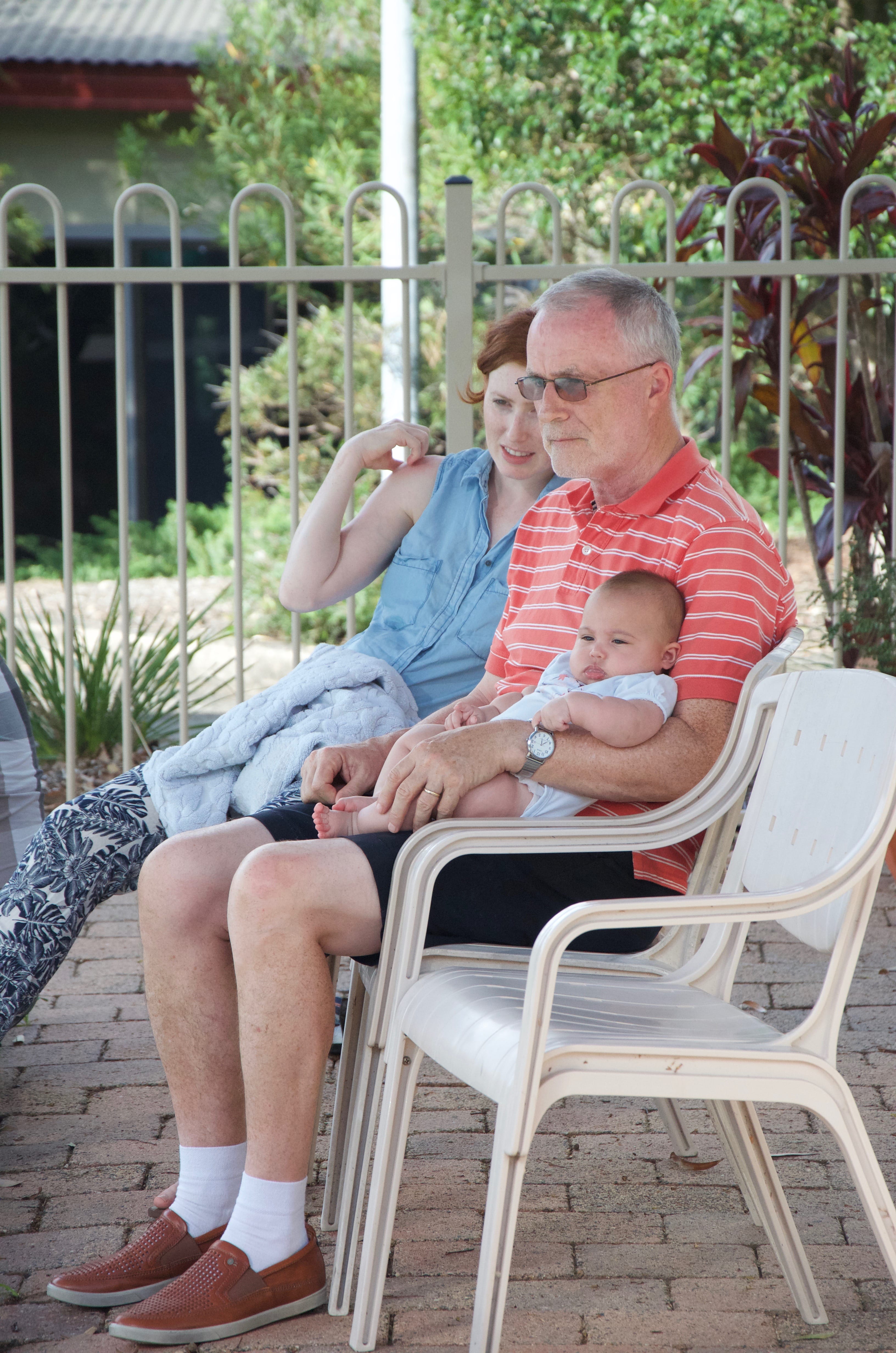 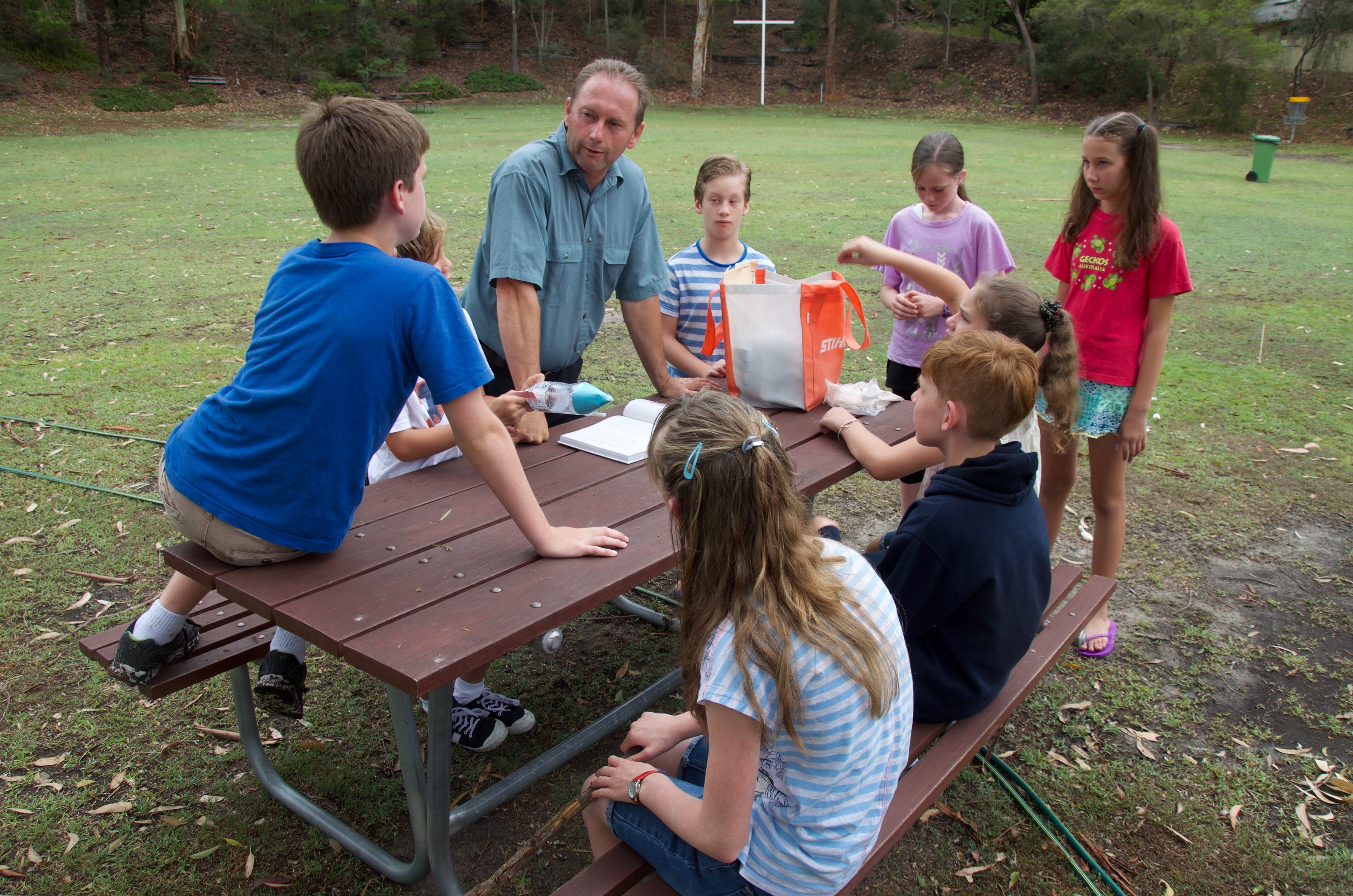 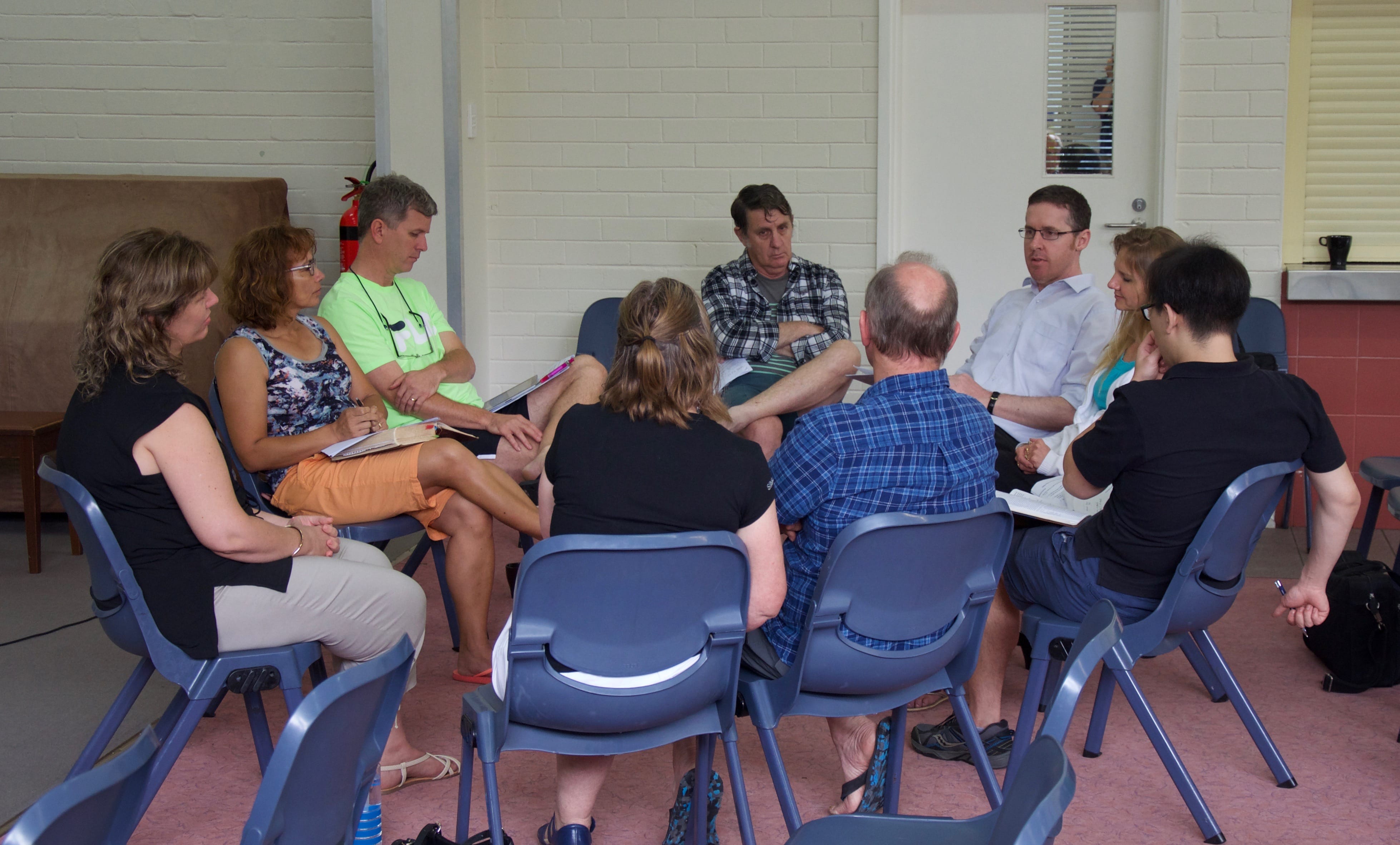 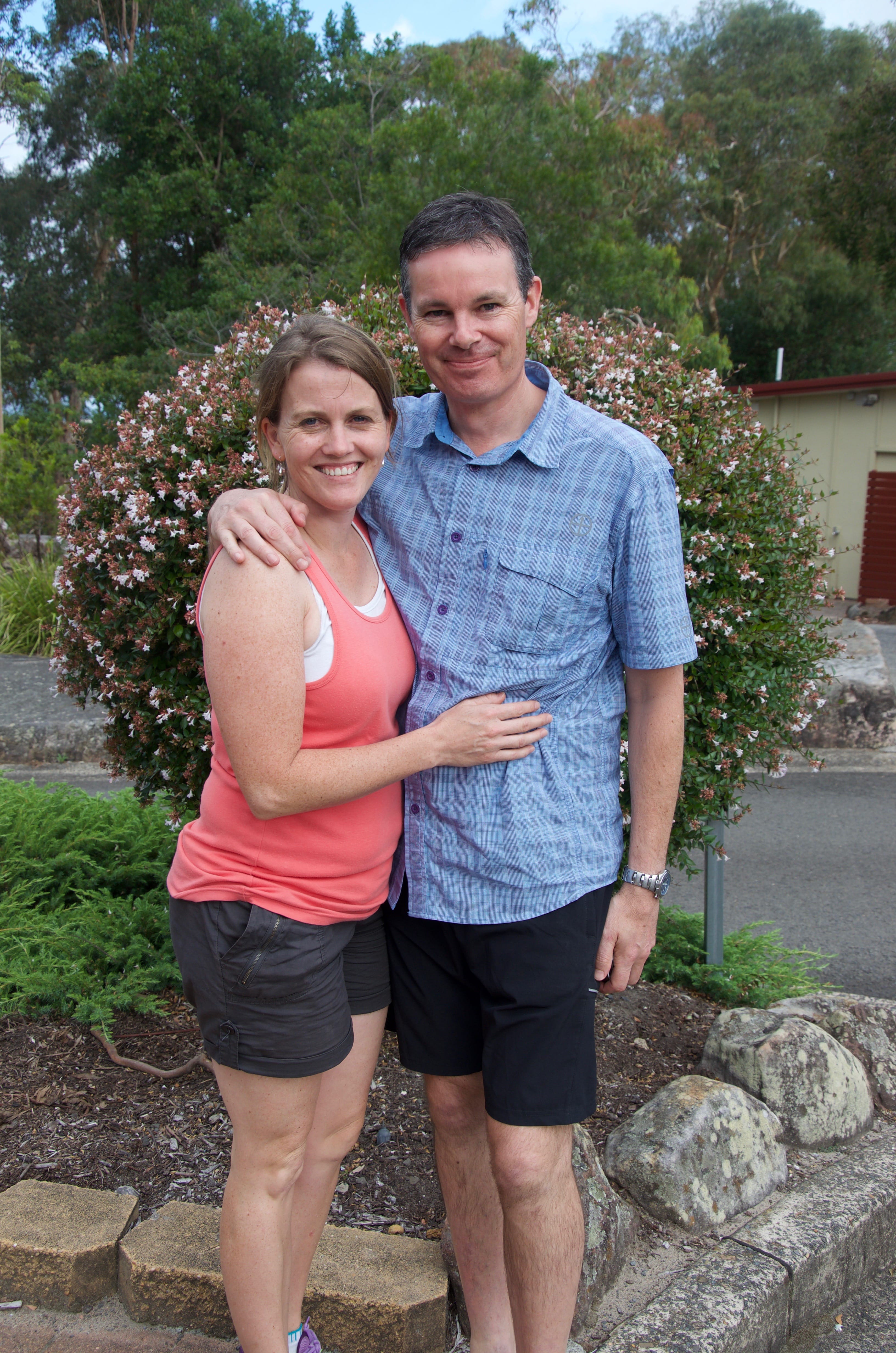 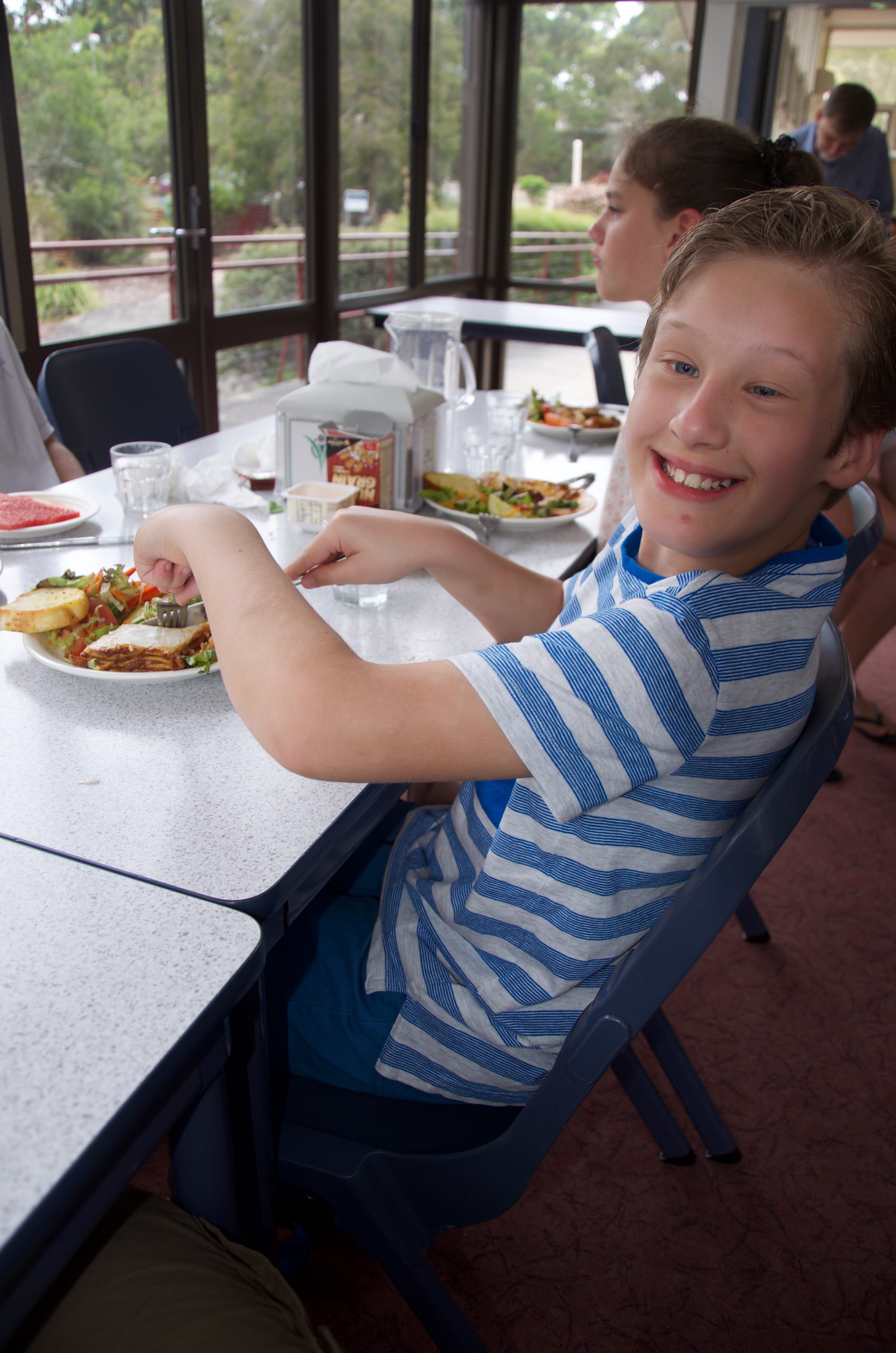 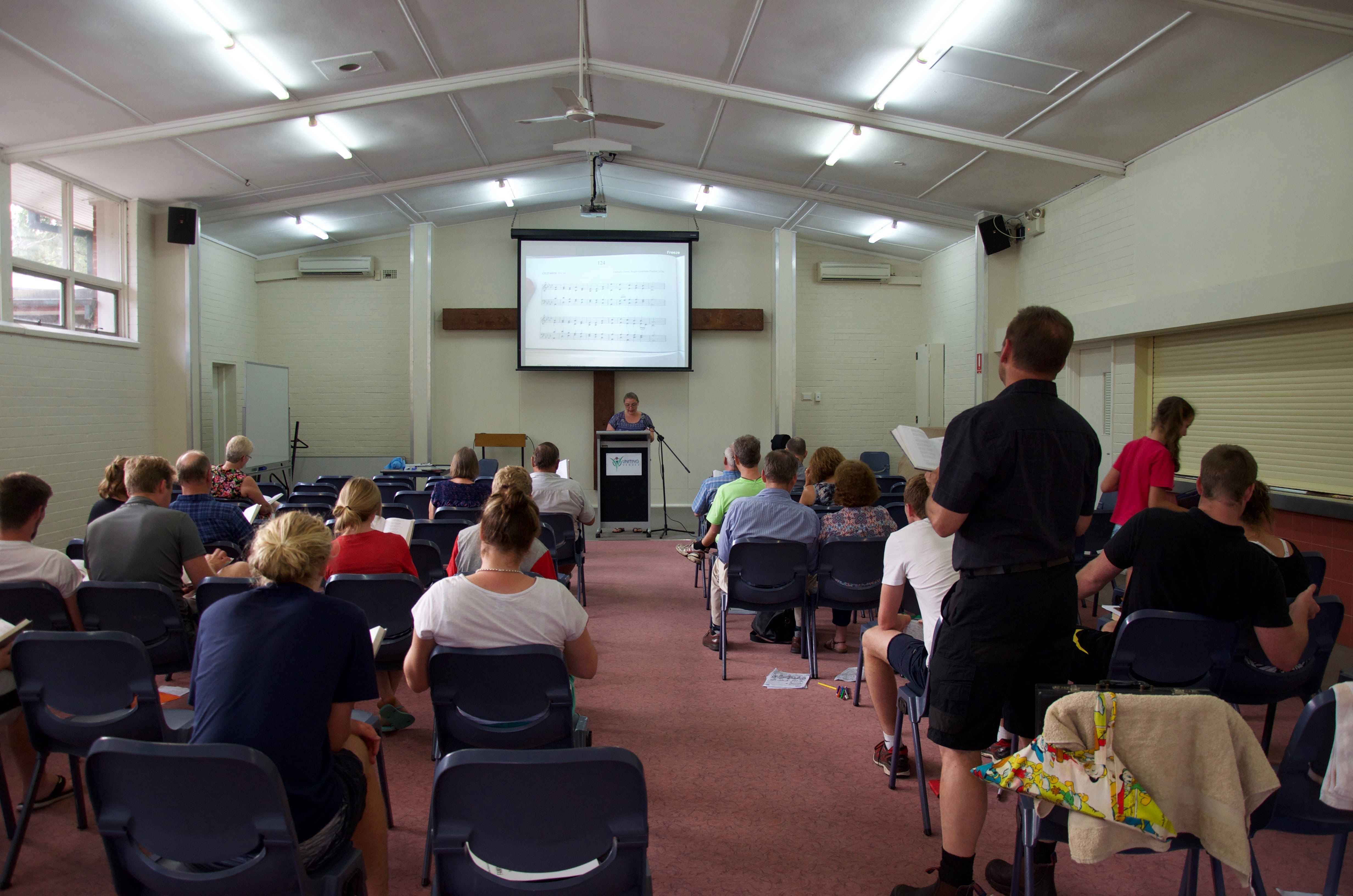 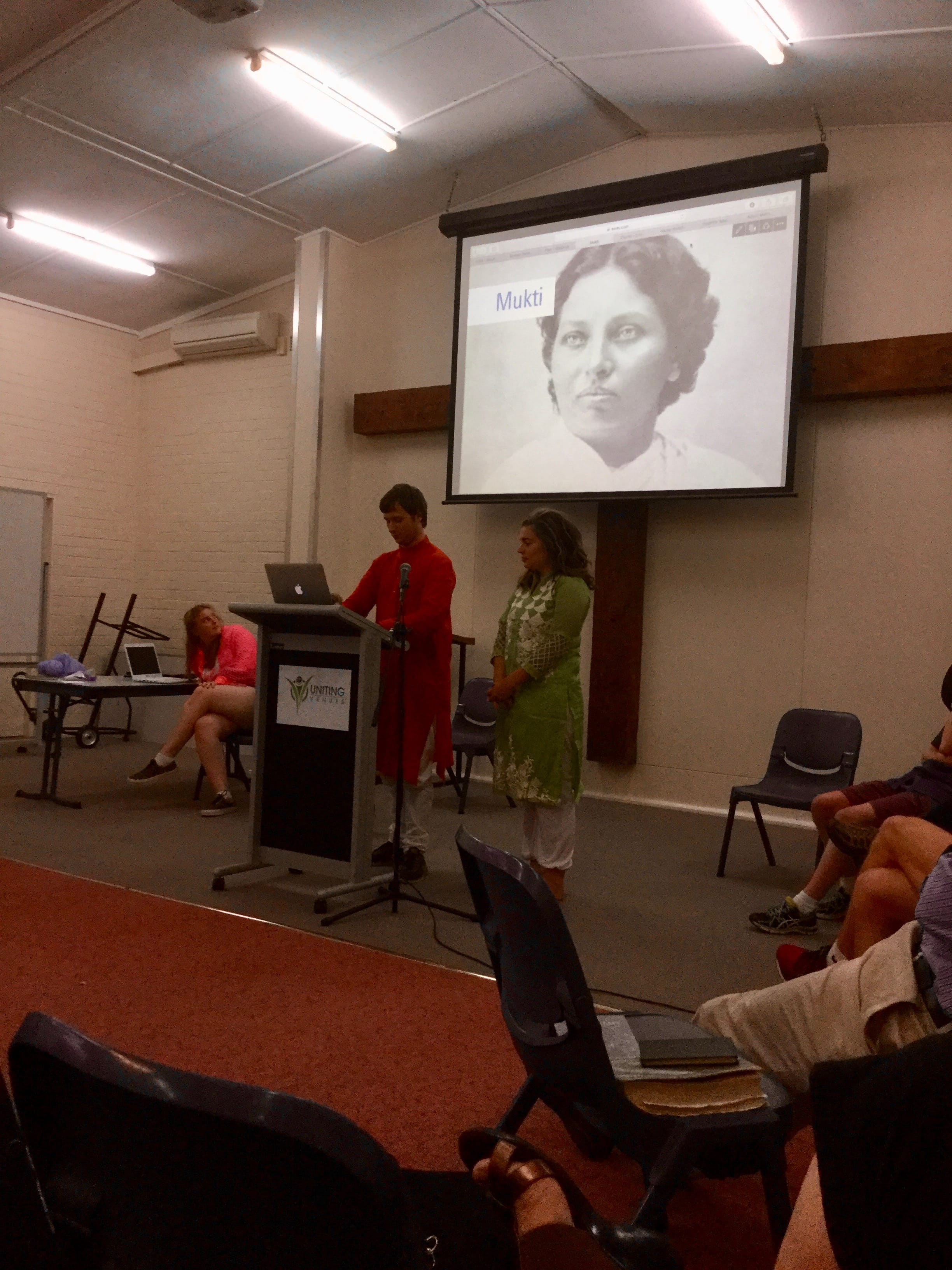 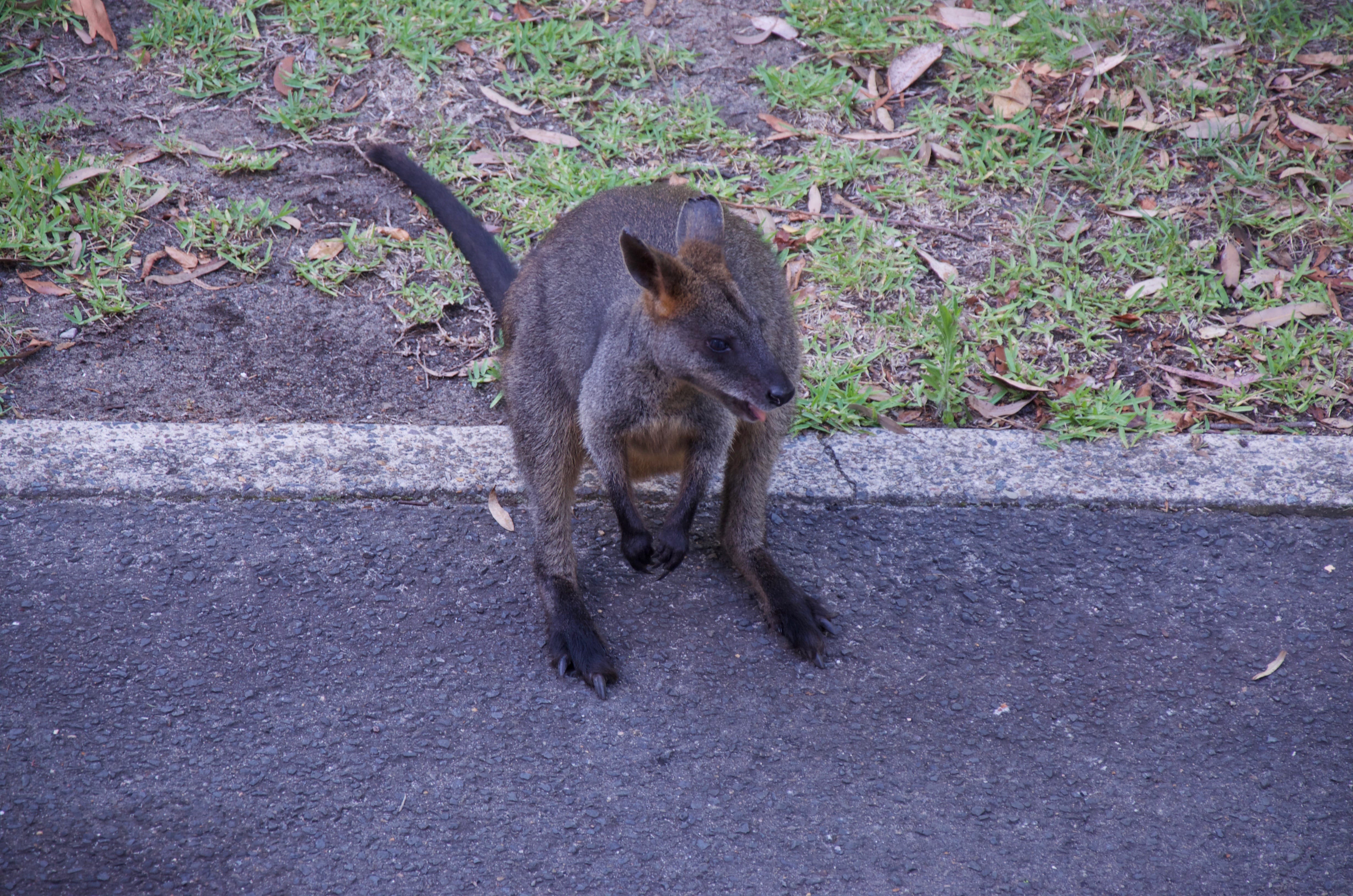 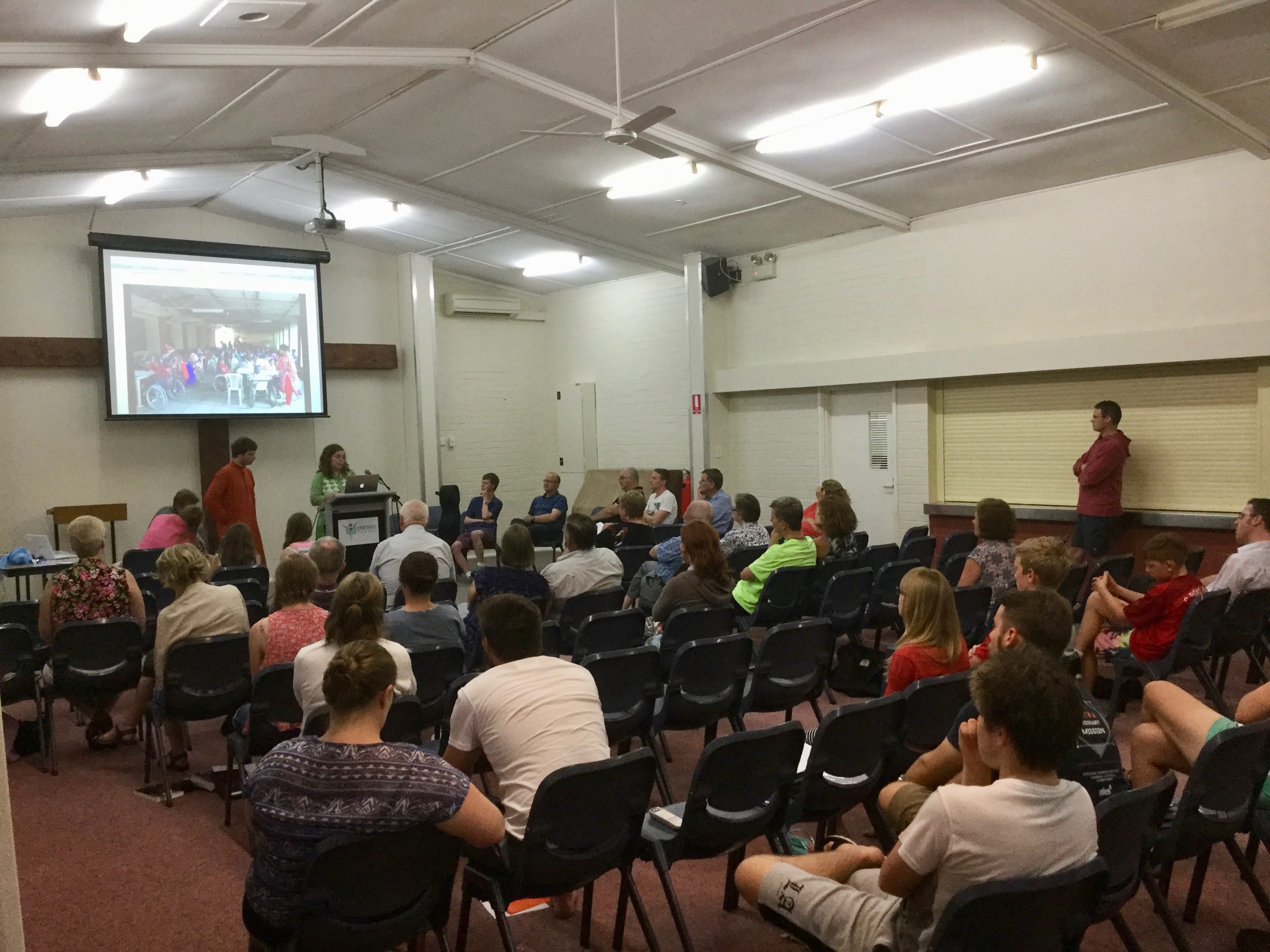 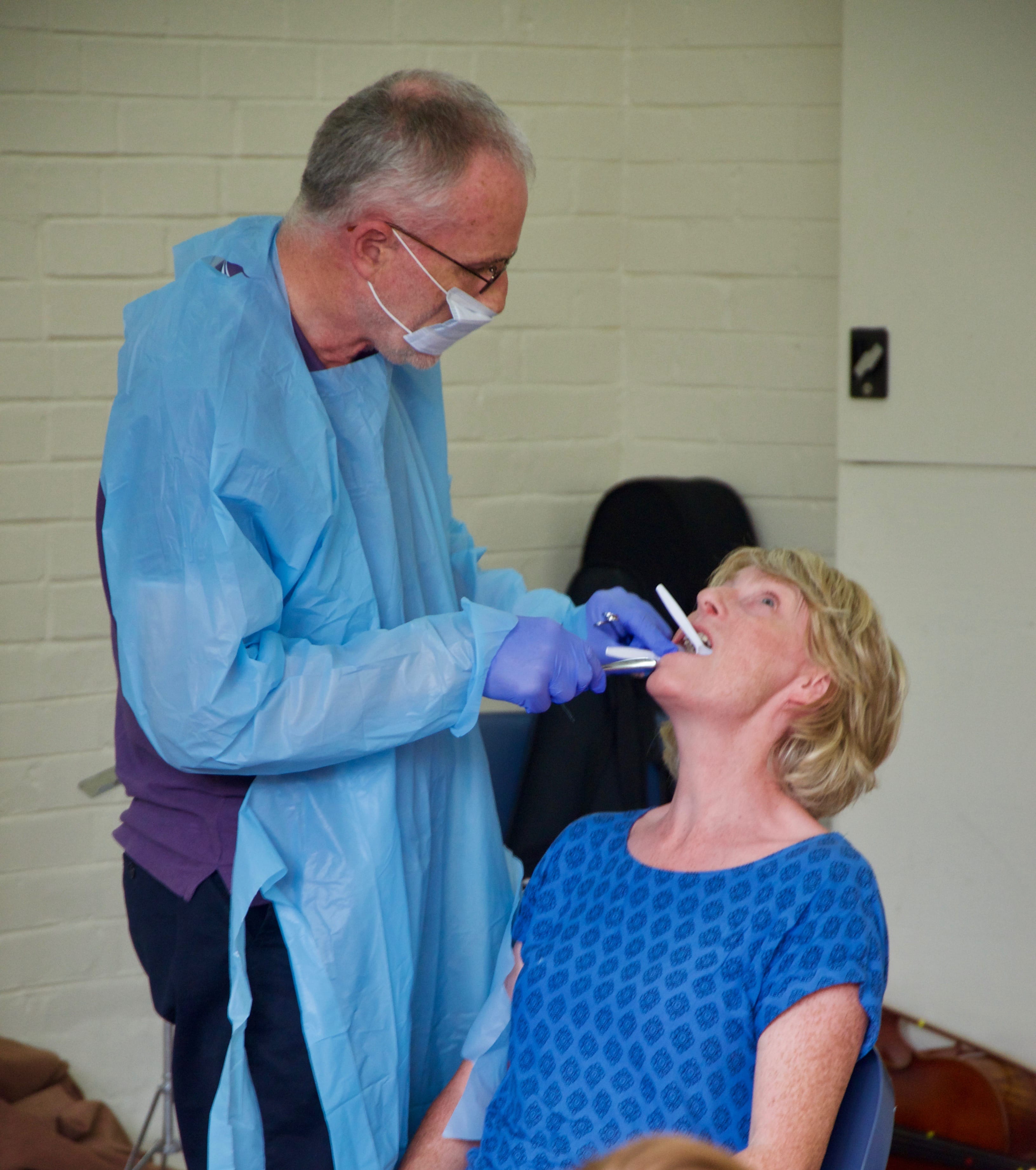 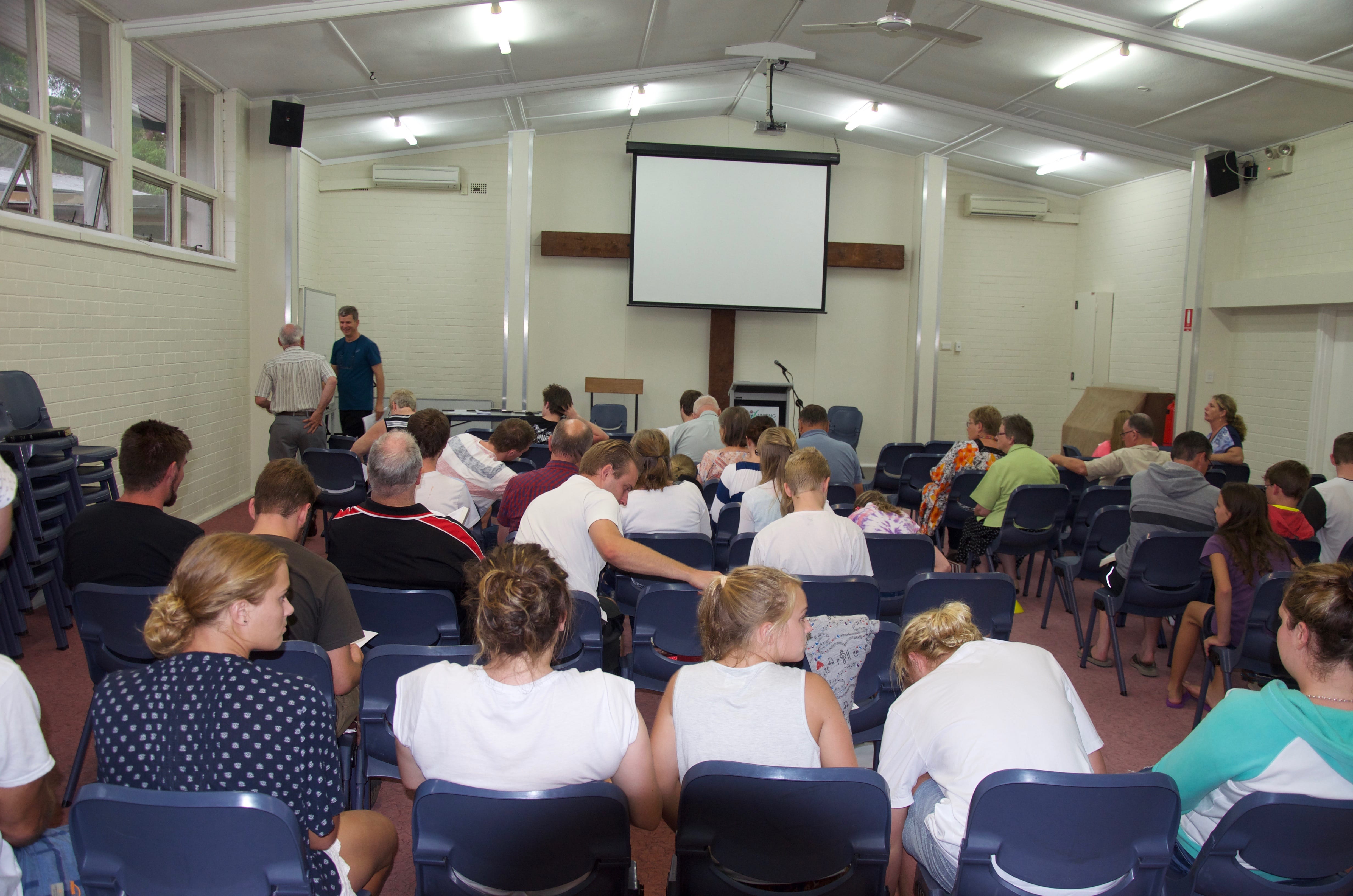 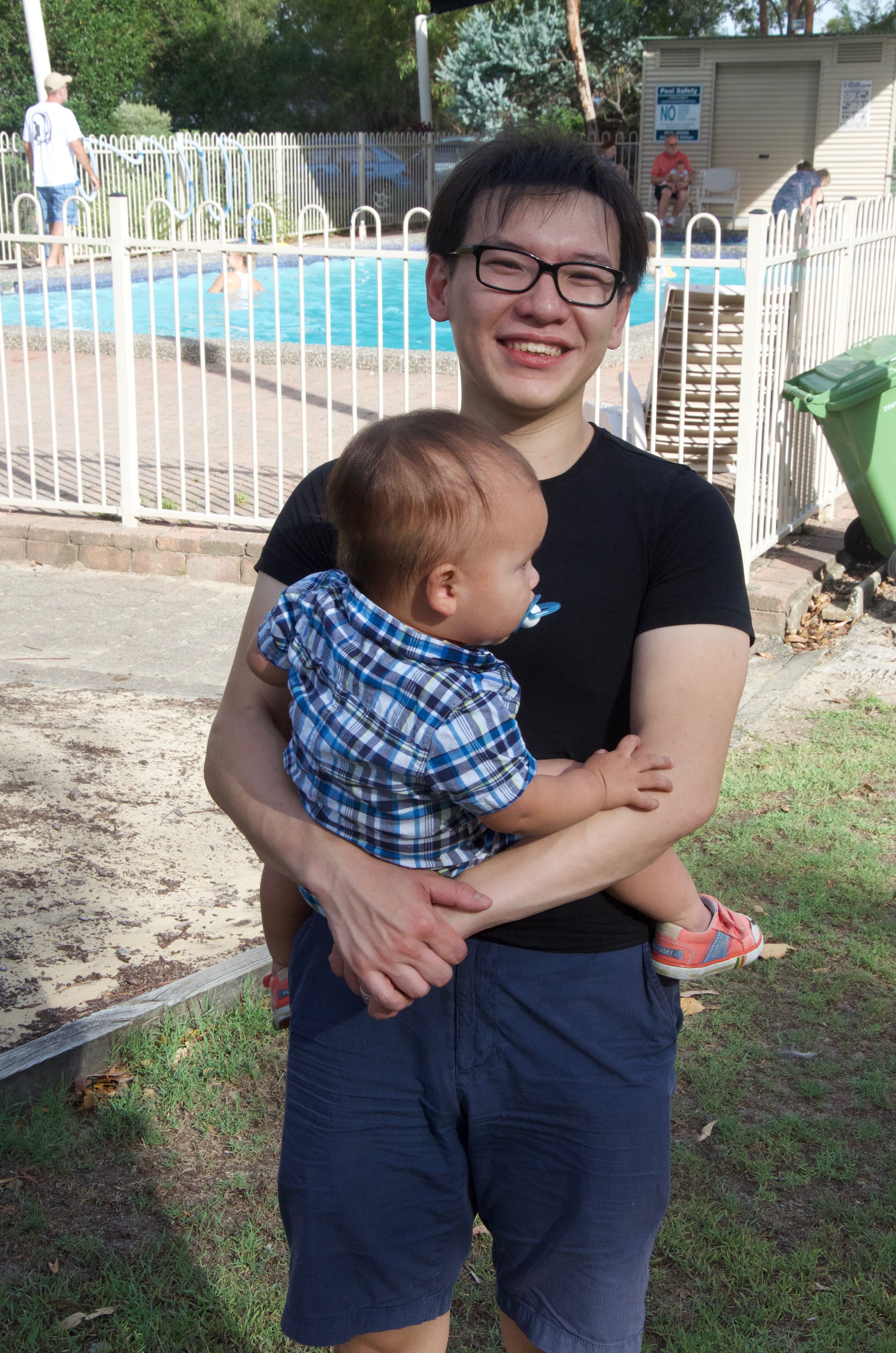 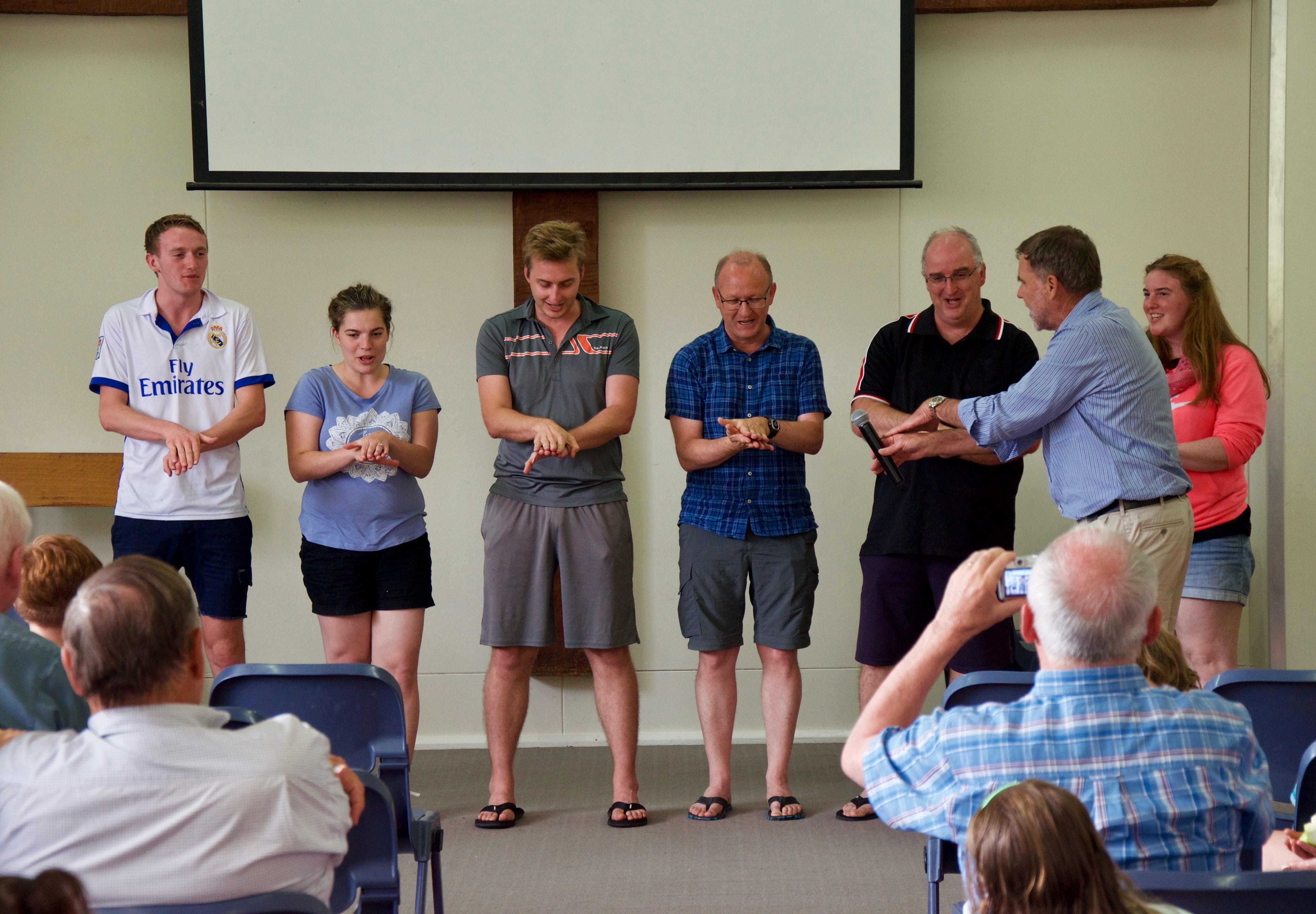 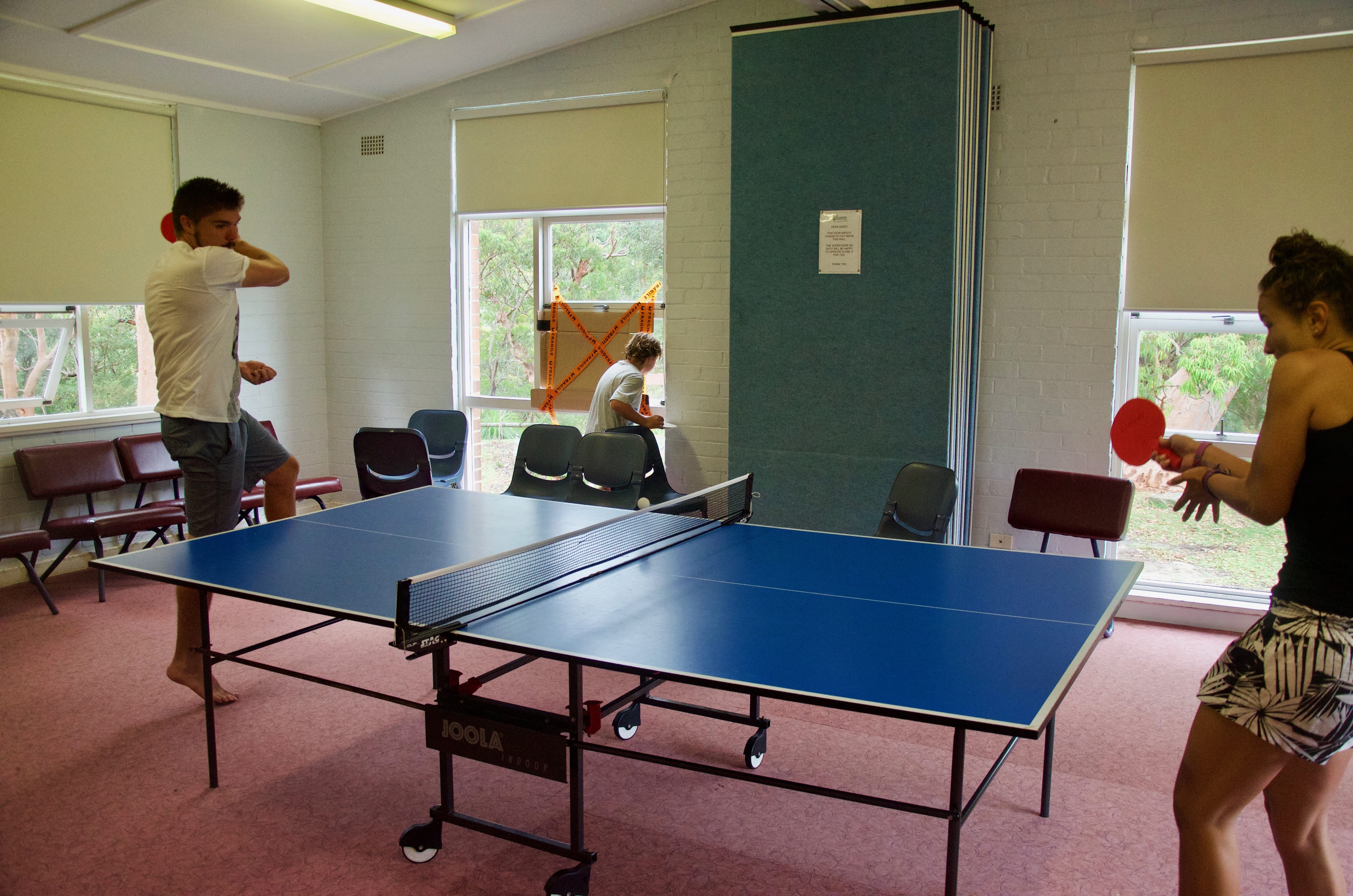 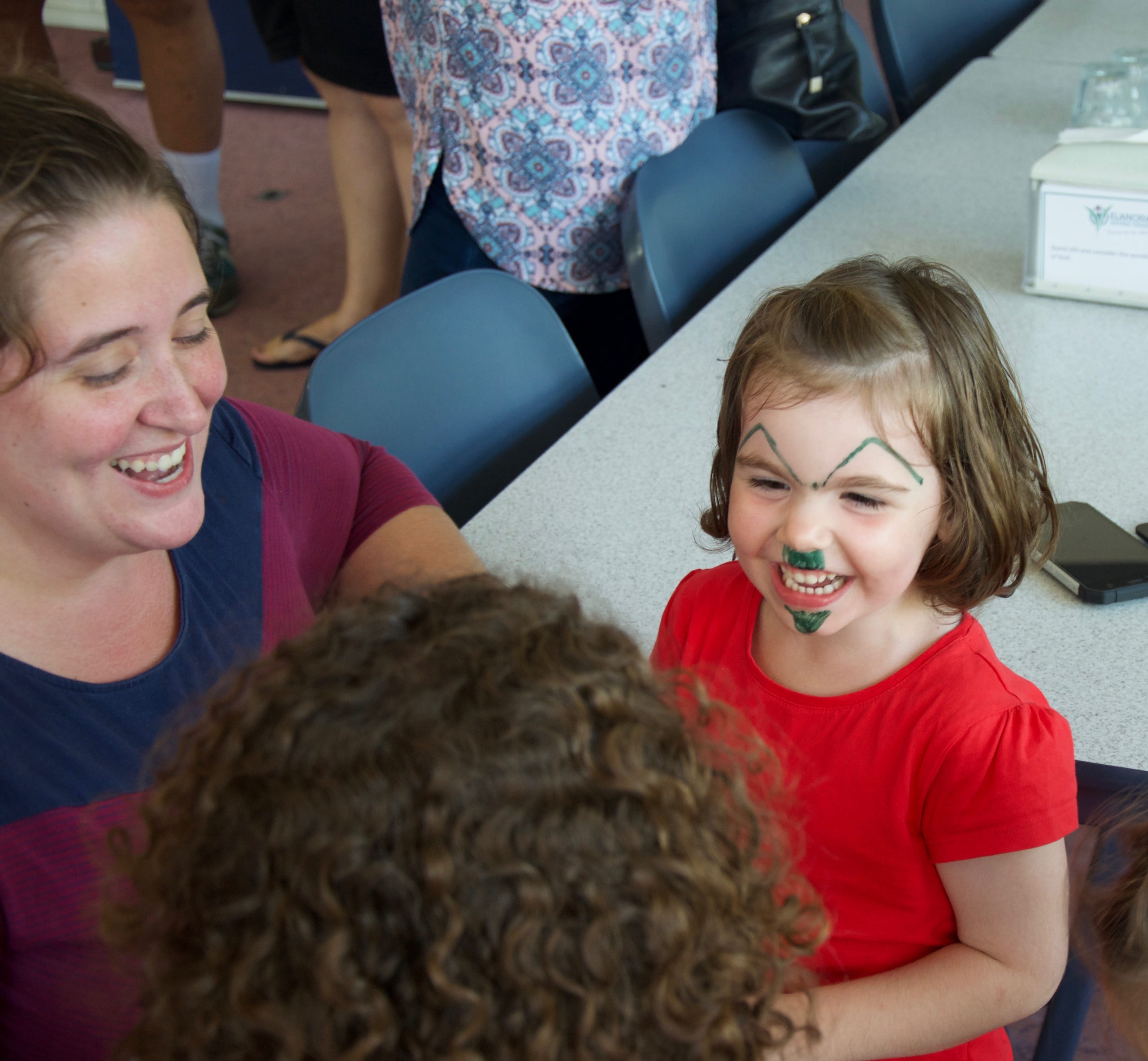 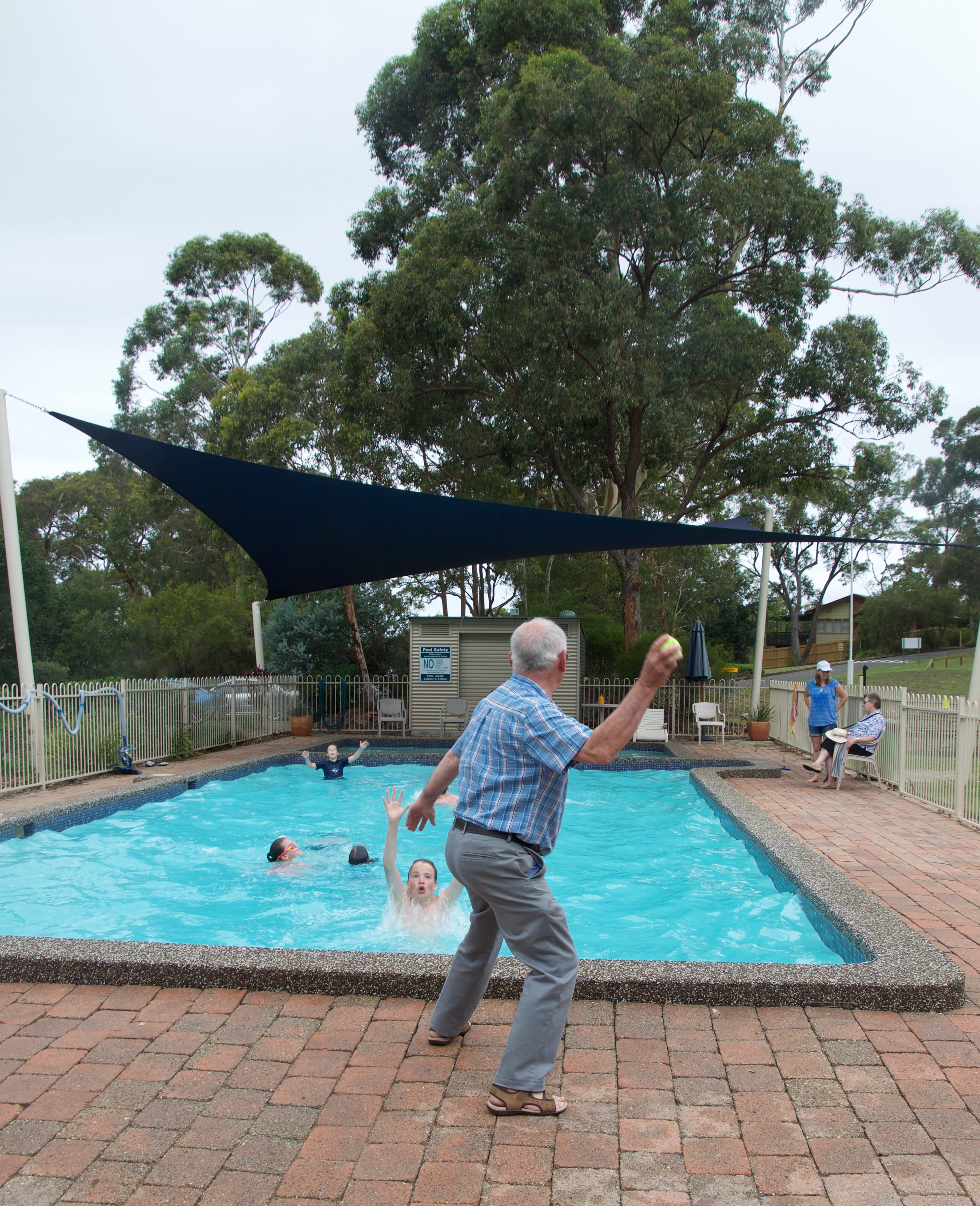 The History of our denomination... Now available for download

"The Presbyterian Church of Eastern Australia [PCEA] was founded in Sydney in 1846 in the aftermath of the 'Disruption' of the Established Church of Scotland in 1843 which involved the forming of the Free Church of Scotland. The PCEA today embraces people of many different backgrounds, but its Scottish origins explain its existence as well as provi...
Continue reading
Tags:
PCEA History
Tweet
2265 Hits
0 Comments
David Kerridge

End of the Australian Tour 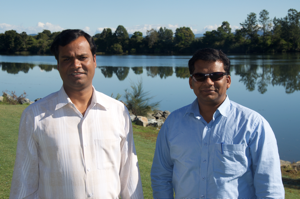 From just prior to Synod 2015 we have enjoyed the company of Rev. Samit Mishra and Mr Pradeep Kumar from the PFC-CI, who visited just about every congregation. We have been blessed with having a detailed presentation on the work in India with which the PCEA has had long-esablished ties. We pray that the Lord will continue to bless the labours of these men, and all in the PFC-CI. Our continued support for their work is vital, especially for the particular projects that they highlighted.

The two men returned on Tuesday to India and Samit has just registered on the PCEA Community. Please login or register, "friend" him and encourage and keep in touch with him, and the church there.

At the end of this Indian tour of Australia both sides won! 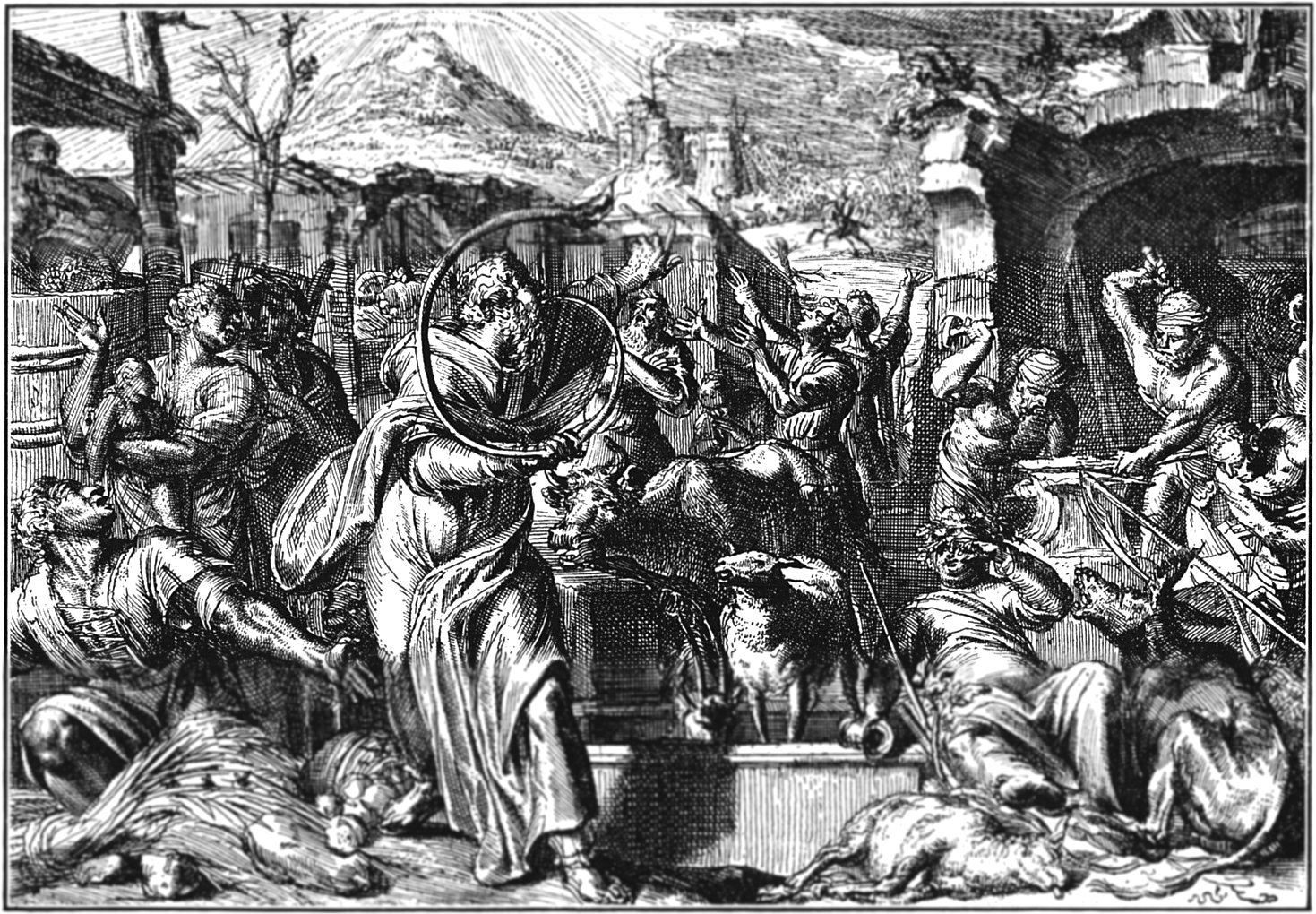 Application forms are now available to download for the PCEA Family Camp, 30 December, 2014 to 2nd January, 2015. Follow the link, download the form, fill it in and return it to the Camp organisers. You can check out the campsite on a video from a previous post - Elanora Conference Centre.  Please note that the picture on the home page (shown above) is not intended to be an indication of what is going to happen at the camp, rather a pictorial representation of the events and imagery found in the book of Isaiah. 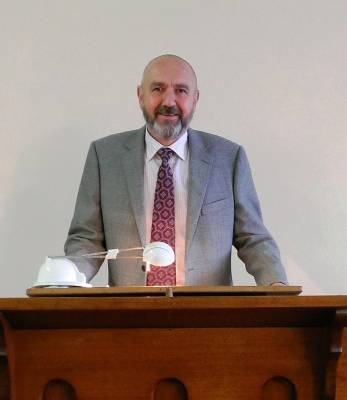 The Youth and Fellowship Committee have announced the main speaker for our Biennial Camp is going to be Rev. Andre Scheepers, Minister of our Ulverstone Congregation.
Andre is going to be talking on the topic of The Gospel in Isaiah. We look forward to hearing the talks.
Applications will be available soon, so start planning now for a New Year's trip to the Biennial PCEA Camp.
Tags:
Camp PCEA Family Ulverstone
Tweet
4029 Hits
0 Comments
David Kerridge

The PCEA Church-wide camp is on again. It is to take place at the Elanora Heights Conference Centre, Elanora Heights in Sydney, Tuesday 30th December, 2014 to Friday 2nd January, 2015. The latest issue of The Banner has some details. We hope that you will pencil this in - no, scribe it with a pen of iron - into your diaries. The Camps are wonderful times of fellowship and edification, growing in God's word. Application forms and more details will follow soon. Come and spend New Years Day with your brothers and sisters in Christ!