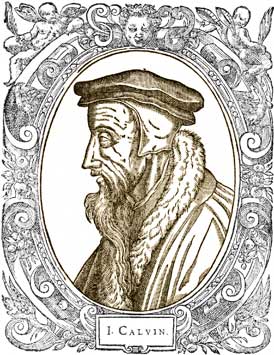 Arguably, no written work, outside of Scripture itself, has had a more formative influence on Reformed doctrine and practice than Calvin's Institutes. The link above takes you to the most readily available online edtion of the Institutes (Beveridge, 1845). Calvin's original Latin version of his Institutes has been translated into English (in full) by four translators. Three of these four translations are in the public domain and are available to download.

The third translator, and probably the most commonly known one is Henry Beveridge (1799-1863). His work was originally published by the Calvin Translation Society and it is that edition which is available in three volumes. Volume 1,Volume 2, and Volume 3.