Do you have to go to church to be a Christian?

He'd never actually been inside a church before. Poorly dressed, unwashed and smelling of cigarette smoke, he took a seat in a corner at the back of the smart, clean church. He was so engrossed in his own problems that he hardly noticed the family that walked in, and occupied their usual place near the front.

She was a high school student, smartly-dressed, hard-working and a bright personality. Her Dad was an important member of the local church, which she had attended all her life. She was an outspokenly moral person, one of the few virgins left in her class. She noticed the young man at the back, but dismissed him from her mind with the question, 'Where did he come from,' as she smiled and nodded at some of the other church folk. Now it was time to bow our heads in preparation for the service. 'Dear God,' she prayed, 'I thank you for giving me so much: my family, my upbringing, my Christian convictions. Thank you for keeping me from falling into sin, and becoming a loser.' 'Like that guy at the back,' she added.

You couldn't see him now: his head was bowed right down as he prayed, 'God, have mercy on me; I'm just a wicked man.'

And, as Jesus said about the tax collector, 'I tell you that this man, rather than the other, went home justified before God' (Luke18:14).

Does going to church make you a Christian? No more than going to a garage makes you a motor car. Christ's teaching reminds us that both inside and outside the church there are the kinds of people he described in Luke 18:9--those 'who were confident of their own righteousness and looked down on everybody else.'

What about you: Suppose you were to die tonight, and stand before God, and he were to say to you, 'Why should I let you into my heaven?' What would you say? Non-christians usually talk about their good works--or lack of evil ones! But how would you answer it? Deep down, even among Christians, there lurks a mentality which defines Christianity in terms of morality. 'O yes, of course I know he's a believer, but Lord I thank you that I don't compromise like he does...'

A Christian is someone whose armour-plate of self-righteousness has been shattered by God's grace; he has cried out, 'God be merciful to me, a sinner.' But he is also someone who is always tempted to rely on his own morality. We need to remember that when Jeremiah cried out, 'All our righteousnesses are as filthy rags!' he spoke for God's people. As we approach God, the tax collector's words never cease to be appropriate for us.

So, do you have to go to church to be a Christian? Aren't all good people Christians?

The person who asks this often assumes that a Christian = a good person, and since not all good people go to church, then it is not necessary to do so. This is often coupled with the statement that, anyway, the church is full of hypocrites. (To which we may fairly respond: 'No, not full; there's always room for one more!')

As John Cromarty has shown (FAQ#6), good deeds don't make a Christian. Now consider another tax-collector: his name was Zacchaeus, and he lived in Jericho. After Jesus met him, he promised to give 50% of his goods to the poor, and repay four-fold anyone he had cheated. Jesus commented, 'Today salvation has come to this house because this man, too, is a son of Abraham.' Was Jesus saying that Zacchaeus was saved because of his intended good deeds of charity and restitution? No: a son of Abraham is one who exercises the faith of Abraham. But note this: when a person is saved by Jesus, it makes a difference in his life! The difference in Zacchaeus's life was plain to see.

What is a Christian? Someone who has come to see himself as the sinner. And who has also been enabled to believe that Jesus is Lord of the universe, and Saviour of all who trust him. He rejoices in the forgiveness of his sins. He loves his Lord, and wants to do what pleases him.

No longer a mere individual, condemned to everlasting loneliness in hell, he is a member of God's family. He has been saved by Jesus, and forgiven for his sake. Does he have to go to church? What a question! Does a wealth-worshipper have to get more money?!! The person that Jesus saves wants to be with God's family, worshipping, fellowshipping, encouraging. He loves to be praising the Lord in the company of his people.

But what if church is a 'drag'? What if you don't enjoy fellowship with believers? What if you prefer the company of unbelievers--they're 'More stimulating, more interesting'? What then?

Then you had better ask yourself how it is with your soul. It is surely possible to be in the church, though not of the church; full of self-righteousness, but unsaved.

No, you don't have to go to church to be a Christian. But true Christians will be found in the fellowship of the local church, expressing their gratitude to the Lord and their love of his family.

Going to church doesn't make you a Christian any more than going to a sheep station makes you a sheep. Maybe there are a few goats in the church, but why let them keep you from God, and the fellowship of his flock?

The call of the gospel is not to come to church; it is to come to Jesus as Lord and Saviour, and to hand over your life to him to make you clean. No church or minister can do that for you, only Jesus.

But once you are clean, really clean, baptized in the Holy Spirit, then you'll be wanting to be with the Lord's people.

One of the ways Satan tries to destroy God's work is to plant seeds of doubt, of cynicism, and of carelessness about the people of God. Just remember, no one is perfect, and neither is any church. Don't make the imperfections of the church an excuse for your own failure to serve Jesus, but come to him in sorrow for your sin, your half-heartedness, your lack of love for his family. Say with the tax-collector, 'God, be merciful to me, the sinner!' 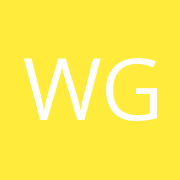