Can You Trust the Bible?

In 1947 some papyrus scrolls were found near the NW shore of the Dead Sea. Eventually more scrolls were recovered. They had been in the library of a small Jewish religious group which had its centre there from about 150BC to AD68. There were copies of all or parts of every Old Testament book except Esther. These manuscripts were 1000 years older than the oldest Hebrew text previously known! Yet they required no changes to what we previously believed about the Old Testament teachings: all is confirmed by these older manuscripts.

So for the Old Testament we have ancient texts from before the New Testament period. This is a vastly superior position to that of other ancient books where only a few copies survive, and these from long after the original writing.

In addition, we have the early Greek translation of the Old Testament dating from well before Christ and often quoted in the New Testament.

There are currently over 5,000 Greek manuscripts of the New Testament. Most of these are fragmentary but some are very complete. These have been investigated in detail by scholars. The abundance of material, plus the evidence from ancient translations, enable us to be sure we have virtually the original text. For although it is true that there are many differences, these are mostly spelling mistakes and similar errors. The abundance of evidence from different early Christian centres usually makes it easy to eliminate these copying errors. The number of places in the New Testament where there is any very serious question about the original reading is about 60. In any event, whatever reading one takes from the available evidence the teachings of the Christian faith are unaffected.

Of course it is important to interpret the Bible correctly. There are many Bible believers who derive some very strange ideas from it, particularly relating to unfulfilled prophecy. They miss the basic storyline, that the Bible unfolds God's redemptive purpose for the human family and for creation. It provides a provisional fulfilment of God's promises in Christ and the kingdom of God by what God did among Old Testament Israel.

If we look at the way in which the Bible—written over a period of some 1400 years by 40 different authors—is harmonious; if we consider its marvellous accuracy in historical detail and the many predictions fulfilled in the ministry of Jesus Christ, we have something very impressive. But the impact on people's lives is also impressive. Granted that a few odd people twist the Bible, it remains that multitudes have been transformed by the Bible, and have been prepared to die for it. They have not just become religious, still less fanatical; but they have been so transformed that love of God and their neighbour has become a marked characteristic of their lives.

However, all this does not of itself prove the Bible is God's Word, but it does show us that belief in the Bible as God's Word is not stupid. The points made earlier are fully consistent with the claim that the Bible is the inspired word of God. If they were not true then we would certainly have an obstacle in the way of believing the Bible to be God's Word. The Bible books indicate the claim of ultimate divine authorship and authority about 4000 times, while Jesus repeatedly affirms the authority of the Old Testament Scriptures.

Are we to light a candle so that we can see the sun? No, for there is no superior authority to God that can be brought forward to prove him. Ultimately, the reason why a person believes the Bible to be not just a reliable book, but the Word of God, is because of the testimony of God's Spirit by and with the Word. Two people can hear the same evidence; one accepts and the other rejects, because on one God has mercy and the other is left in unbelief.

So what are you doing about the Bible? Are you perhaps just arguing about it without being familiar with it? Far better to search the Scriptures prayerfully and carefully. What strikes the sincere inquirer is the unique personality of Jesus who regarded his life as a fulfilment of the promises of the Old Testament. He practised what he preached. His holy life was not the product of evolution but of God's intervention. God's book is also unique: thoroughly human yet exactly the Divine message God intended. The Bible can be trusted because God can be trusted. 'Men spoke as they were borne along by the Spirit of God' (2Peter 1:21). 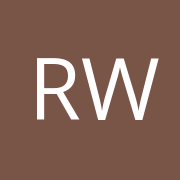