Such a question shows a complete lack of understanding of both science and Christianity! What is meant by "Christianity?" Suppose that we were to take the Apostles' Creed as a very basic definition of what a Christian believes:--

I believe in God the Father Almighty, Maker of heaven and earth:

And in Jesus Christ his only Son our Lord, who was conceived by the Holy Ghost, born of the virgin Mary, suffered under Pontius Pilate, was crucified dead and buried; he descended into Hades; the third day he rose again from the dead; he ascended into heaven and sits at the right hand of God the Father Almighty. From thence he shall come to judge the quick and the dead.

I believe in the Holy Ghost, the holy catholic (universal) Church, the communion of saints, the forgiveness of sins, the resurrection of the body, and the life everlasting. Amen.

What parts of this statement can be proved scientifically -- or disproved by science? The only parts of which there can be any objective proof are those which concern the physical life and death of Christ--and the historicity of Jesus is fully accepted by all reasonable people. Science cannot study or deal with the spiritual realm because it is limited in its investigatory abilities by the physical senses. Even when we produce scientific instruments to augment our five senses, those instruments are also restricted to physical phenomena. Basically, then, the answer to this question must be that, since Christianity involves spiritual phenomena, it cannot be disproved by science.

Having said that science cannot disprove Christianity, we should also say that the scientific method can be used to prove that it is true -- provided that this method is applied fully. This is the method by which every theory must be verified by experiment before being accepted.

To illustrate an extreme case of this method we can take an incident which is reported concerning the scientist Lindemann, the developer of an equation for the rates of unimolecular chemical reactions.

In the early days of flying, it was not known how to bring an aeroplane out of a spin. Every pilot whose aeroplane went into a spin died! Lindemann applied himself to this problem and came up with a scientific theory of just what to do to bring the plane out of the spin safely. When he took this theory to a group of pilots and explained it to them, they were prepared to accept that it seemed to be correct. However, when he then asked for a volunteer to take his machine up, put it into a spin, and apply the method to recover, there was, naturally enough, no one who was prepared to risk his life on an untried theory. Lindemann then asked for someone to take him up and teach him how to fly. After a short lesson to teach him the basics of how to take off and how to land, he then took an aeroplane up himself, put it into a spin, brought it out again and landed safely. His theory was now supported by experiment!

No one can prove, scientifically, that Christianity is not true -- but those who are prepared to follow the example of Lindemann and to risk, not simply their physical lives, but their eternal lives, upon it, will find that it is true! Someone has said that Christianity has never been tried and found wanting -- it just hasn't been tried! Those who have really tried it have never been disappointed! This group contains a number of the foremost scientists in the world, names like Robert Boyle, E.A. Milne and the late C.A. Coulson, who occupied, successively, the Chair of Theoretical Physics at the University of London, the Rouse Ball Chair of Applied Mathematics at the University of Oxford and, finally, the Chair of Theoretical Chemistry at the University of Oxford. If they did not find any conflict between science and Christian faith, why should we? 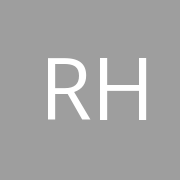